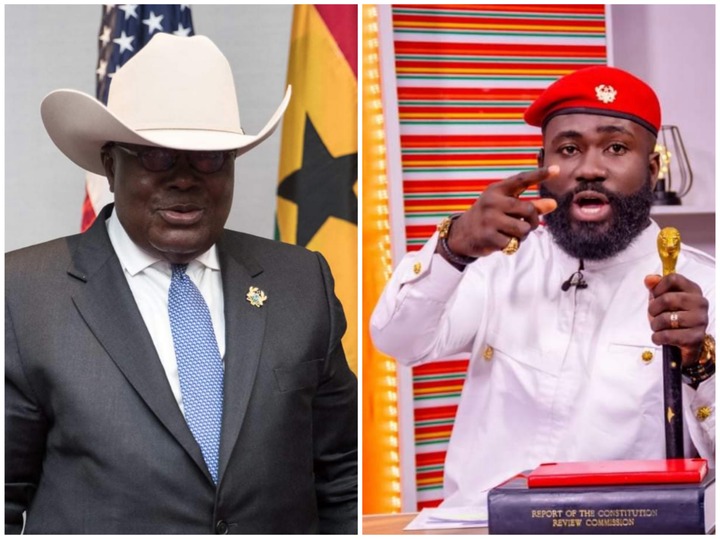 A legal battle is to be waged against the President and future presidents of Ghana to compel them to pay taxes as any other person in the country. Okatakyie Afrifa Mensah, a leading member of the #FixTheCountry group, says it’s an act of moral turpitude hearing the President is not taxed yet wishes to have the citizens burdened with levies.

The fearless activist of political justice on his Abranaa So show, argued that the country has been robbed of economic justice for a long time due to the exploitative orientation of the Presidency as dictated by the 1992 constitution. He noted that the only corrective measure is to change the constitution and award the deduction of taxes on every allowance payable to the President and any other person who was insulated from it.

Okatakyie Afrifa Mensah stressed that the imposition and introduction of levies would not receive any endorsement nor be accepted by the Ghanaians until the President is made to pay taxes. He reiterated that the #FixTheCountry group is determined to cause a change that will make it obligatory for taxes to be deducted from the President’s allowances.

He avers such decision would subject the nation to balance and fairness in the payment of taxes, and that people of authority would appreciate any adjustment or introduction of levies in the country.

“The constitution must be changed. We need a constitution that will make President Akufo Addo and any other president pay tax. The Constitutional Review Committee even recommended among other things that the President must be made to pay taxes on his allowances. That should be implemented,” he said.

Okatakyie Afrifa Mensah argued that the instruction of the Electronic Transaction Levy known as e-levy, and the upward adjustment of some others could have worsened the economic hardship already visited on the people by the Akufo Addo government. He avers that taxing the poor and leaving the rich is practically wickedness.

He threatened that his group will continue to mount pressure on the government to change the constitution so that any other irrelevant act will be taken out.