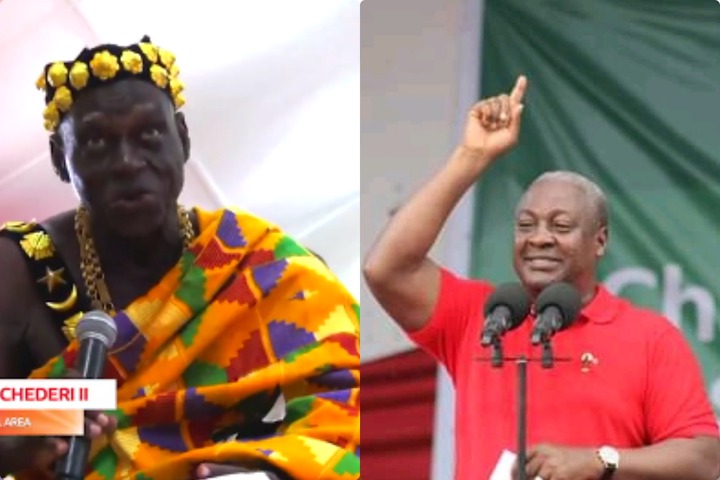 At a meeting with the Oti Regional House of Chiefs at Dambai on Tuesday, October 19, 2021, the Chief of Oualla Traditional Area, Nana Kennewu Chederi II made serious statements concerning the era of Former President John Dramani Mahama, vis-a-vis the current situation of the country under President Nana Addo Dankwa Akufo-Addo and the way forward.

Among other things, Nana Chederi II said that the reason why the people of the Oti Region are always open to receive Mr. John Dramani Mahama into their land is because of his expectationally humble personal character, God-fearing nature, his honesty, charisma, tolerance and openness to everyone. 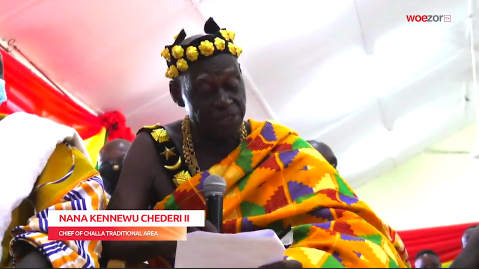 According to him, the god-fearing behaviour of John Dramani Mahama is the reason why there is no atom of war in this country today. If he were someone other than who he is when the verdict of the good people of Ghana was overturned by the governing party, e would have caused war to erupt in this country of ours, but his peaceful nature did not allow him to go that direction.

The Paramount Chief also noted that he is confident that Mr. John Dramani Mahama or whoever that would be nominated to lead the NDC would win the presidential elections even without making reference to the 'Do or Die' statement made by John Mahama. 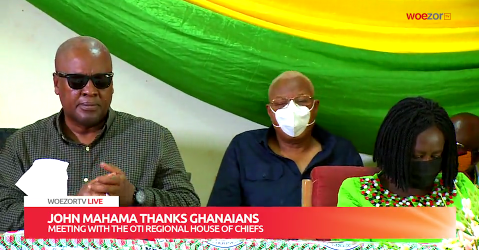 "Your Excellency, I want to say that the people of Oti Region love and respect you because of your values, charisma, openness, honesty, tolerance and humility. I am confident that come December 7, 2024, you will win the elections even without making reference to the 'Do or Die' statement you made," the Chief told Mr. Mahama.

Nana Chederi II also told Mr Mahama to forget all the destructive criticisms from the side of his opponents because during his time Ghana was peaceful, and no military officers were deployed to cause havock at polling stations and no one died during both the 2012 and 2016 elections. He cannot be violent as they have misconstrue the statement.