By DBright (self meida writer) | 1 months 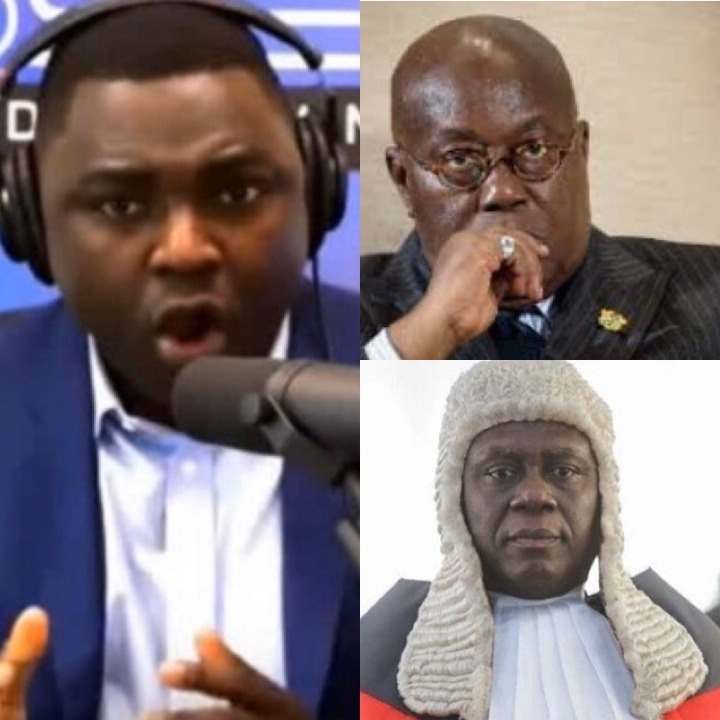 The popularly known broadcast journalist and founder of Loud Silence Media, Kelvin Taylor has recently sparked massive stir, debates and arguments across all social media platforms after boldly revealing another secret about the incumbent government over the $5 million bribery allegations against the Chief Justice.

According to the USA based broadcast journalist, Kelvin Taylor made it clear that, even though both lawyer Afrifa and Ogyeedom have provided numerous evidences to prove their case, the Chief Justice, Anin Yeboah is trying to prevent himself from answering certain questions which needed clearer answers.

Speaking on the most anticipated Loud Silence Show, Kelvin Taylor highlighted that, The Alliance for Social Equity and Public Accountability (ASEPA) recently sent a bold statement to the Presidency pleading for the Chief Justice to come out and clear the air over the $5 million bribery allegations but the incumbent government refused as all efforts turned out futile. 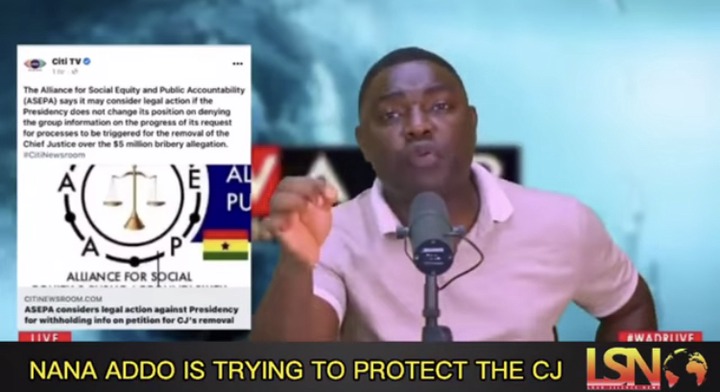 Not long ago, President Akufo-Addo announced that, whenever the Chief Justice is found guilty over the $5 million bribery allegation, he would personally kick Justice Anin Yeboah out of office.

With respect to this, The Alliance for Social Equity and Public Accountability have come out to boldly highlight that they might consider legal actions against the Presidency for withholding information on petition for the Chief Justice’s removal since the President’s announcement popped up online.

Whilst addressing the alarming issue, Kelvin Taylor expressed his disappointment in the incumbent government for sending a strong message to ASEPA for claiming that the Presidency was withholding information on petition for the Chief Justice as the popular broadcast journalist highlighted that, the statement issued from the Presidency to ASEPA wasn’t necessary.

However, Kelvin Taylor boldly revealed that, the recent statement from the Presidency to ASEPA truly proved that, President Akufo-Addo was trying to protect Chief Justice, Anin Yeboah.

“Nana Addo is trying to protect the Chief Justice else Justice Anin Yeboah should boldly come out and defend himself”, Kelvin Taylor emphatically revealed.

In addition, Kelvin Taylor made it clear that, if the Chief Justice keeps “hiding” from the $5 million bribery allegation issued by Lawyer Afrifa and Ogyeedom, Ghanaians would further believe that, Justice Anin Yeboah had truly taken the bribe and so therefore he shouldn’t be trusted as the Chief Justice of the country.

Im conclusion, Kelvin Taylor unexpectedly stated that, he believed in the Chief Justice and thinks that he didn’t take any bribe from Ogyeedom and so therefore Justice Anin Yeboah should boldly come out and clear the air.

Do you think that President Akufo-Addo is trying to protect the Chief Justice as claimed by Kelvin Taylor?

Do you think the Chief Justice, Anin Yeboah didn’t take any bribe from Ogyeedom as claimed by Kelvin Taylor?