Okudzeto Ablakwa's name has been on the news for the past few days following his exposé on the presidential jet and the national Cathedral project. 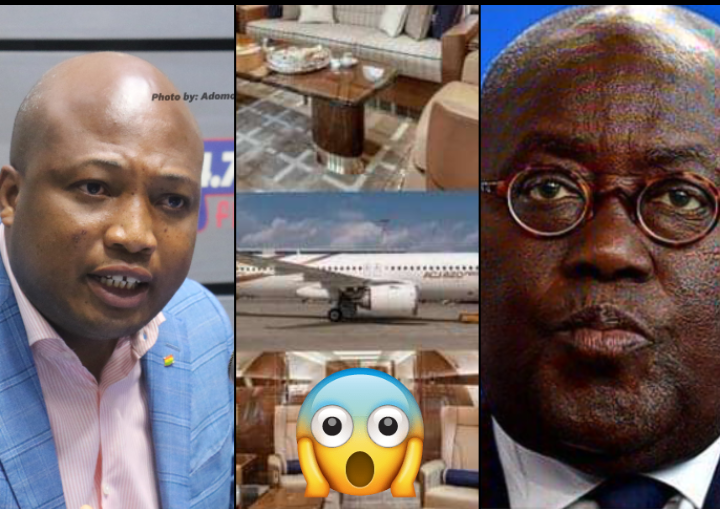 In Okudzeto Ablakwa's recent post, he made it clear that President Akuffo Addo has once again flew in a luxurious private jet on his recent international travels. He added that the president spent a total of ¢4.1 million on his recent trip to Germany.

Okudzeto Ablakwa has also replied this statement from Eugene Arhin in his latest post on Facebook and has made it clear that Eugene Arhin has even exposed himself and admitted that the president indeed flew in a private jet.

He added that Eugene Arhin failed to even reveal the total cost of the president's recent travel to Germany. Okudzeto Ablakwa also added that he did not say that the president traveled in private jet from Accra.

Aside this, Okudzeto Ablakwa dropped some revelations to explain some kind of costs Ghanaians will pay because of the kind of plane the president chose to fly in.

"Mr. Eugene Arhin ought to know that when you charter an aircraft, you are billed for the distance covered to arrive at the pick-up point, you are also billed for the waiting period which includes waiting time for the passenger, layover period for crew rest and the return leg (as this was not an “empty leg” or “dead head” charter)" he said. 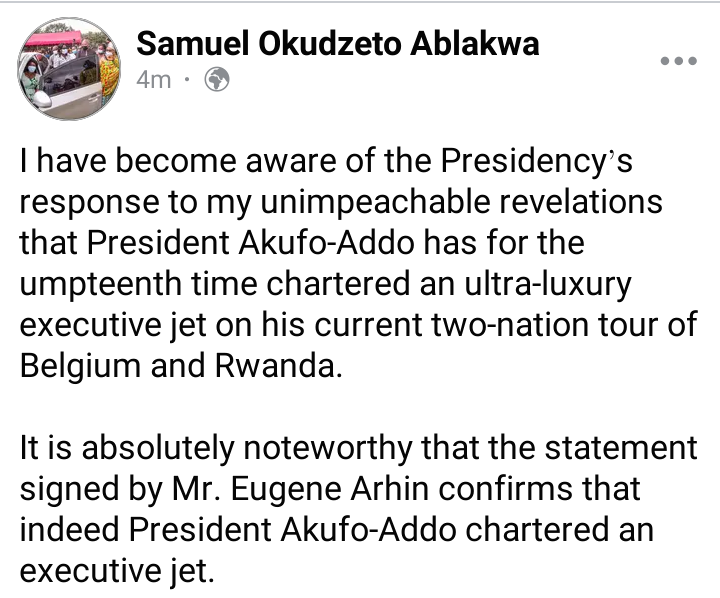