Which of them would you like to serve again as President of Ghana, Rawlings, Prof Mills or Kuffour?

By AlwaysAlways (self meida writer) | 25 days 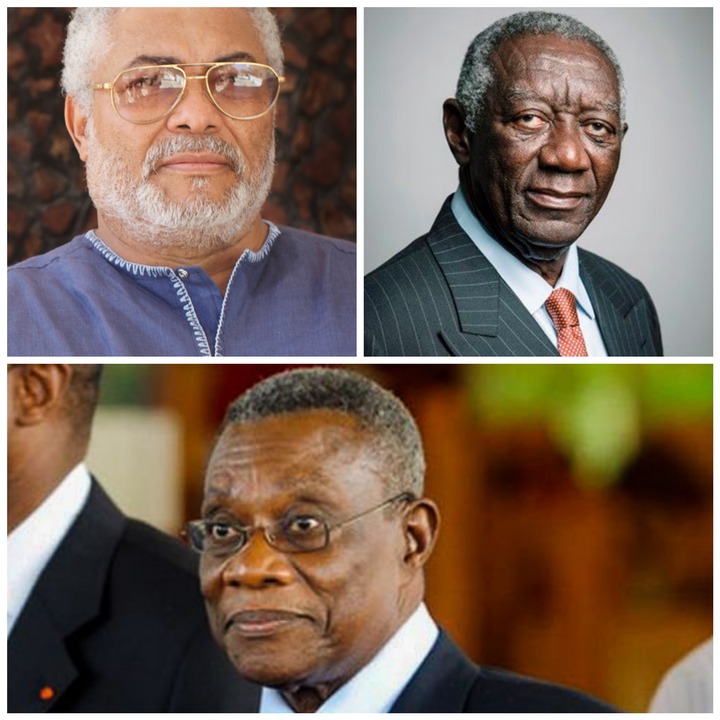 The fourth republic has been the longest and most stable in Ghana's history.

This fourth republic has seen five(5) presidents so far, with the fifth one still in office.

H.E Professor J.E.A Mills carried on from there to 2012, Presient Mahama took over from there to 7th January 2017 and President Nana Addo has since then run the affairs of the nation till date.

This article highlights the first three Presidents of the fourth republic and their contributions and achievements, it further asks this question, " which of these great men would you prefer to become president if it were possible?". 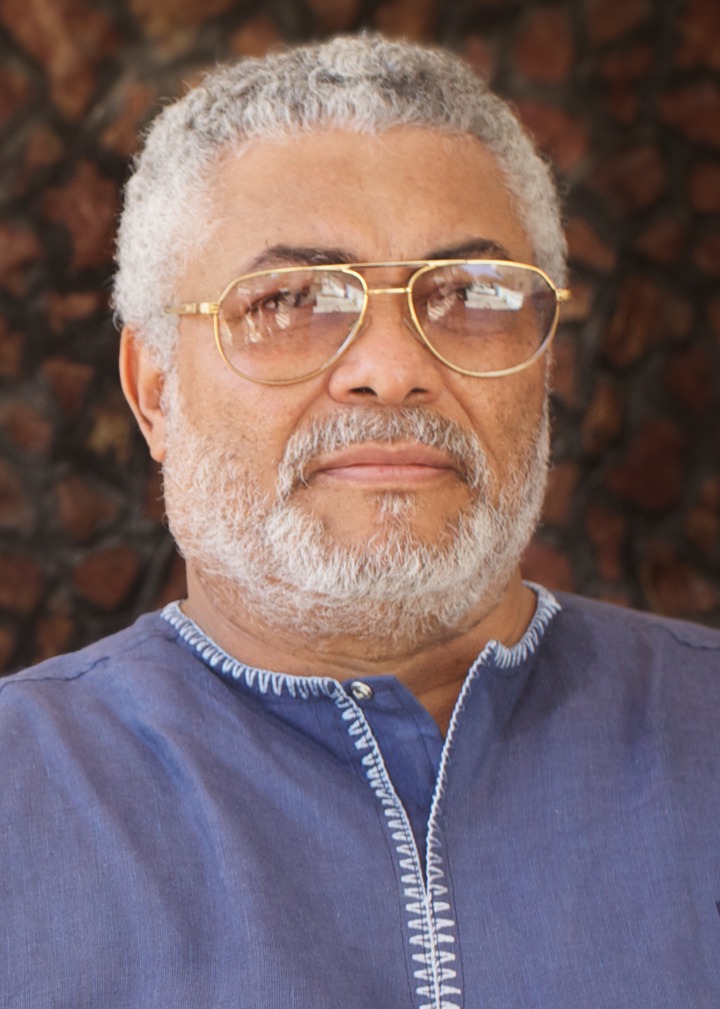 Mr. Rawlings, the charismatic and brave leader did a lot for the motherland.

1. He was very instrumental in getting a constitution for the nation. He is known to have constructed the most quality roads in the history of the fourth republic.

2. Being a disciplinarian, he thought Ghanaians the spirit of self help. In his era, people really participated in communal labour and showed great interest in voluntary work

3.He believed in progressively making basic education free for the Ghanaianed child and started making preparations towards it.

4. He created 110 districts for the country through non-partisan means

5. Absorbed hundreds of thousands of Ghanaians who were expelled from Nigeria during their "Ghana must go" era.

6. Passed the Value Added Tax, VAT to support the work of government, this TAX is what funds most of government's works today

7.Expanded electricity to the Northern parts of the country.

8.Expanded and renovated the 37 military hospital.

9. He established the University for Development studies. He used the money he got from an award he had won to buy books for the library of this University.

10. He advanced the Winneba Advanced Teacher Training college to a full-fledged University now known as the University of Education, Winneba.

The great man passed away last year to be with the Lord.

My friends, the kind of work Mr. Rawlings has done for this country cannot be explored in a single article.

Let's use this for now.

The "Gentle Giant" did incredibly well for the country as president.

Some of the great things he did include tge following;

1.He introduced the domestic violence law

2. Increased press freedom in the country

The former president did so many good things for the country but no article in the world will be long enough to contain all of them. 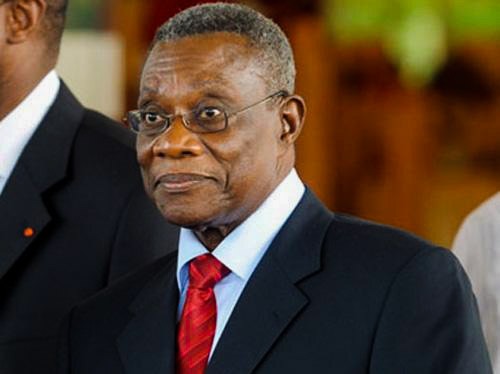 1. Professor Mills can be described as a true ambassador for sustainable governance.

He was more interested in keeping existing policies running than rushing to initiate his own policies at the expense of the already existing ones. He therefore was the one who actually gave strength to the following policies introduced by President Kufour;

a. The National Health Insurance Scheme

b. The Free Basic School policy, and more popularly,

c. The Single Spine Salary Structure; the idea was conceived by Kufour before leaving office but Professor Mills did not come to cancel it, He actually came to pay it to the joy of Ghanaian workers.

4. Economic growth; during his time, Ghana attained the Fastest growing economy in the world, followed by Qatar.

5. Increased capitation grant for the Free Basic school program from Ghc3.00 to GHc4.50 per child

Please let us pause here and use the information we have gathered so far.

He certainly chalked other successes we didn't mention here.

Now, we have refreshed our memories of some of the things the first three presidents of the fourth republic came to do.

So now we ask, if it were within your power to appoint one of them to serve again as President of Ghana, who would be your choice?

Blame Lilwin And Co For What GBC Is Doing: Kelvin Taylor Goes Hard On Kumawood Actors.

Have you seen any of the popular crate challenge videos? This woman has upgraded to bottle challenge

Politicians From The North Are A Disappointment; Mahama, Bawumia And Co Fingered

Want to go long journey and increase the size of your stick? Do this with Papaw fruit.