The Answer Is No; Akufo Addo Finally Replies Demonstrators Against Border Closure

President Nana Addo Dankwa Akufo-Addo has finally given a response to demonstrators against the continued closure of land borders in Ghana. The President noted that the reopening of the borders comes with a huge risk and associated challenges controlling human contacts.

Speaking in an interview on Takoradi-based radio station; Skyy Power FM, President Akufo Addo said the demands for reopening of the border will not be granted adding that it would be in the best interest of people to restrict human traffic until experts advise otherwise. He reiterated that “I will err at the side of caution in protecting the lives of the larger population.” 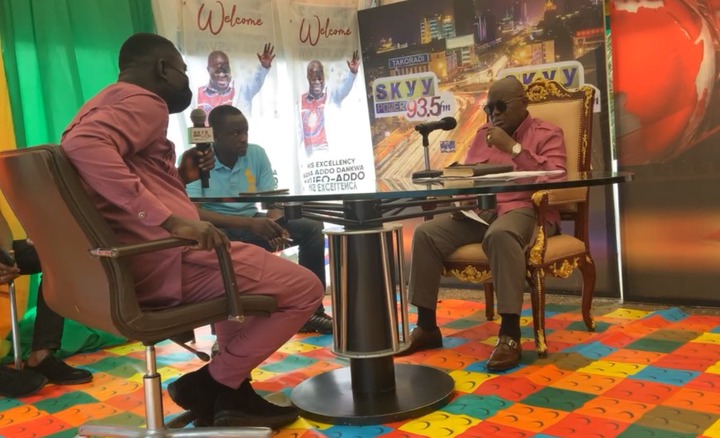 He justified that replicating the testing mechanism implemented at the airports to the land borders comes with some serious challenges, adding that the traffic via that route with neighboring countries poses some major threat to public health. The president explained that, unlike the Kotoka International Airport which has a more controlled environment for testing and validating results of PCR COVID-19 tests, the land borders present an entirely different situation that could hardly be managed.

“It’s difficult to validate the systems of testing at the borders could be rigorous as what we have at Kotoka. And we have a lot of our people are coming and going on a daily basis. When are we going to test them in time and get them in transit?” President Akufo Addo expressed his concern.

He emphasized that the country has been able to contain the viral disease for some stringent measures his government took, one the President noted has been acknowledged by International Public Health survey as the best across the globe, together with South Korea, since the outbreak of coronavirus. In his justification for the continued closure of the border, the President noted that “until we are sure we have a strong control over this thing, we need to be careful about our contacts.”

He emphasized the need to ensure that a greater percentage of the population is vaccinated against COVID-19, and neighboring countries assuring of doing same with the implementation of stronger control measures before any consideration could be taken for the reopening of the land borders to human traffic.

In his concluding remarks, President Akufo Addo empathized with border communities on the disruptions the closure of the borders has visited on them. He stressed that it is necessary and for the ultimate good of the people to have them closed.

So far, two demonstrations have been waged against the Akufo Addo government from the Aflao and Elubo communities over the closing of the borders. Demonstrators say the restriction had made lives difficult for them.

Opinion: The national budget and its implications for our economy and future