Mahama Too Has Suffered: See What "OccupyGhana" Did to Him

OccupyGhana was founded by Lawyer Nana Akwasi Awuah, who went on to win a US government Mandela Washington Fellowship position and the pressure group was a social and political non-partisan pressure and watchdog group founded to oppose the country's increasing corruption, abuse of incumbency, and unequal distribution of wealth and public resources, according to its website, that is currently not even accessible. Maybe my browser is playing tricks on me or i am just a liar, so try it yourself https://www.occupygh.org/about/

Its Mission and Purpose: OccupyGhana's mission is to stamp out government corruption and public mismanagement by serving as a non-partisan watchdog to all democratically elected Governments. Like their counterparts in the USA, Canada and other places in the world, OccupyGhana also seeks to give a voice to the majority of people in Ghana.

This group was started by a group of middle class professionals, notably lawyers, teachers, doctors, students, researchers, bankers, journalists, etc who hitherto had remained silent on the many happenings in government before and after the Fourth Republican Constitution came into being in January 1993.

The organization began as a loose online community using the hashtag #occupyflagstaffhouse and moderated by a few volunteers calling themselves “The Concerned Ghanaians for Responsible Governance,” (CCGRG). It soon became apparent that the Twitter hashtag discussions revolved around the same goals: ending government corruption, addressing infrastructure decay and intervening in Ghana’s worsening economy. Consequently, the transition from online discussion to on-the-ground action came on July 1st, Republic Day. Approximately five hundred people turned up to occupy Flag Staff House, the office and residence of President John Dramani Mahama. The initial group of organizers – still using the name Concerned Ghanaians for Responsible Governance – delivered a petition to the government asking for immediate action on numerous social ills.

The #occupyflagstaffhouse protest served as a catalyst for the creation of the OccupyGhana organization. Originally its members sought to distance themselves from the rest of Ghanaian society, perhaps in the belief that only middle class, educated professionals would evoke a reaction from the government. This approach not only failed but it also undermined the legitimacy of the protest – whose asks were not unreasonable – since the Constitution guarantees equal representation and denies the privileging of certain voices. A new protest – #RedFriday – was launched just ten days after the first and called for all Ghanaians, regardless of social standing or profession, to again turn to social media to spread their message and to wear the colour red in solidarity with the campaign. According to Al Jazeera, this second attempt was the true turning point in the creation of OccupyGhana as a standing organization. Included in #RedFriday were “countless individuals and diverse groups - ranging from faith-based organisations, academia, farmer-based associations, non-governmental organisations, women groups, students and political parties.”[3] Accordingly, the OccupyGhana membership now covers a wide range of people from all spectrums of society.[4]

As presented on their website, OccupyGhana is run by an executive team consisting of nine professional individuals consisting of a lawyer, a chartered accountant, a researcher, a journalist, a civil/structural engineer, a digital marketing strategist, a marketer, a IT consultant and an investment banker. While information is not provided in regards to these individuals relations to the government, given that it is an anti-corruption organization, presumably it is unaffiliated with the Ghanaian government. This executive team carries out the background coordination for protests and online deliberation activities. 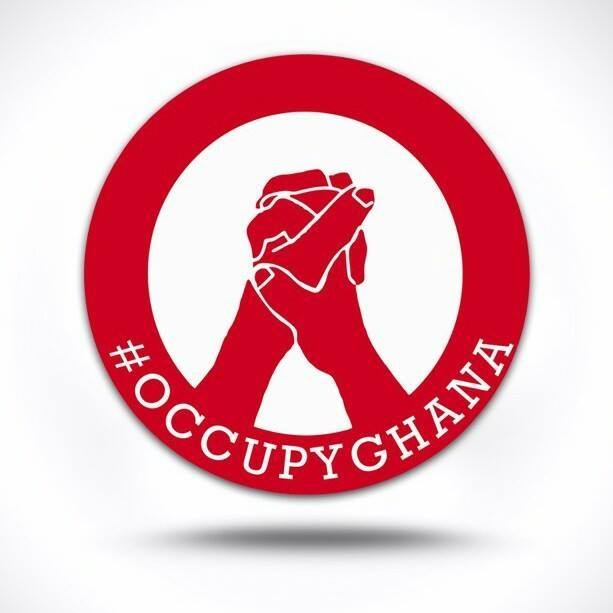 The organization is open to anyone; signing up to be a member does not cost any money. Through their website Occupygh.org, signing up requires only a name and an email address. Likewise, the organization uses both Facebook and Twitter to alert citizens to local political and social issues. ‘Liking’ or ‘following’ the organization on these platforms allow people to both demonstrate their solidarity with the movement and to sign up for alerts to new postings.

While specific funders are not provided on the organization website, perhaps for political reasons, there is a "donation" tab on the web which may have helped start-up costs as well as continual operational costs of the organization.

OccupyGhana is a citizen-watchdog group dedicated to informing the public about government activities. The organization is also known to transform its online support into on-the-ground action in the form of non-violent protest, demonstration, picketing and occupation.

Online, members and non-members interact using Facebook and Twitter platforms. Facebook serves as a hub where members share information (videos, pictures and articles) and perspectives to increase awareness and strengthen solidarity. Much of the organization's action is done through the umbrella name of the organization, the personal names of individuals participating in action is not provided. Initiatives on behalf of the organization are backed by extensive research to validate claims. While the organization does have a formal sign-up forum on its website, supporters of the organization also mobilize action through social media with campaigns to articulate the group's message. The subsequent offline action generally takes the form of organized protests in the form of picketing, demonstrations and occupation. As well, as seen in the #RedFriday Campaign, simple acts of solidarity are encouraged such as wearing the colour red or locally-made dresses.[5]

After the original #occupyflagstaffhouse and #RedFriday protests, OccupyGhana coalesced into an official organization that had dedicated itself to its aims of spreading awareness and, bringing an end to the government’s inefficiency and general ineptitude.

A timeline of its major initiatives is as follows (government/public reactions in parentheses):

After a public inquiry into the Auditor-General, OccupyGhana found evidence for his mismanagement of public funds (no reaction – campaign continues)

Issuing of a Statement in Support Of “Wɔn’ Gbo”, meaning “We Are Dying”, a protest led by the oppositional New Patriotic Party demanding an end to “dumsor”, a colloquial term for the continuous electrical power outages[10] (President issued a press statement promising to ‘do more’)

Condemnation of the assassination of Mahama Adams, opposition Upper-West Chairmen

OccupyGhana filed a Supreme Court action against the Attorney-General to enforce the Auditor-General’s governmental obligation. 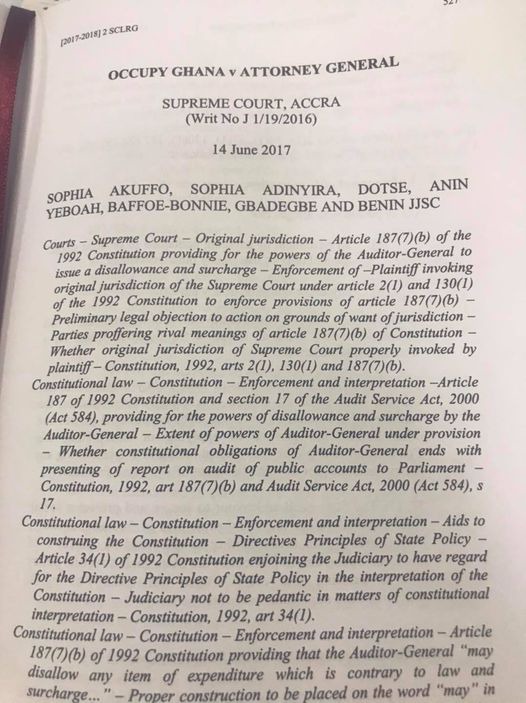 Mahama Too Nana Akwasi OccupyGhana US