Donald Trump to hand over to the Democrat.

By Feliixsson (self media writer) | 1 year ago 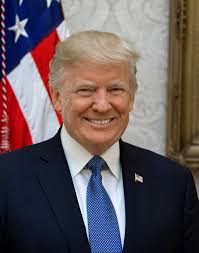 The sitting American president, Donald Trump is still holding on to the fact that the just ended elections was rigged in favour of Biden who was said to have won the election.

Biden, clearly amassed more electoral college votes required to enter the white house but the sitting president ( Trump)has refused to accept the fact that he has to hand over the country to the newly announced party , the Democrat.

Trump is still convinced that ,there was a misunderstanding in the just ended election. Trump's supporters organised a million march for Trump in Washington DC protesting the election results. They alleged the election was stolen from Trump.

Biden supporters also counter the protests leading to clashes between both sets of supporters on Sunday. Trump who wrote via a post on Twitter that Biden has won the election which he deleted some few seconds later is set to do whatever he can to retain the seat as he wrote " I won the election".

Time will tell, whether he will give up or not.

Content created and supplied by: Feliixsson (via Opera News )