By timesgh (self media writer) | 22 days ago

The Former Deputy General Secretary of the National Democratic Congress (NDC) and current CEO of the Atta Mills Institute, Koku Anyidoho, has responded to the furious statement made by the brother of the late former President, Prof. John Evans Atta-Mills, regarding Mr. Koku Anyidoho and the government's failure to notify the family of the late former President Atta-Mills before tampering with the grave earlier today. 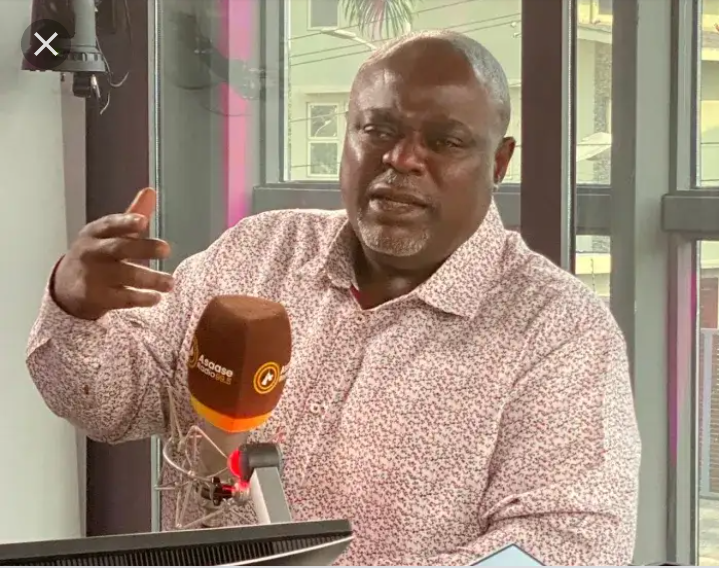 Samuel Atta-Mills, the late former President's brother, has questioned what might have been done with the remains and whether or not the deceased President's body is okay. He continued by asking what sort of rites they might have carried out secretly from the family. It is clear that the late former President's brother and family are not pleased with the way things are turning out. However, in reaction to those allegations, Koku Anyidoho, a former deputy general secretary of the opposition National Democratic Congress (NDC), has used the microblogging platform Twitter to present his argument. 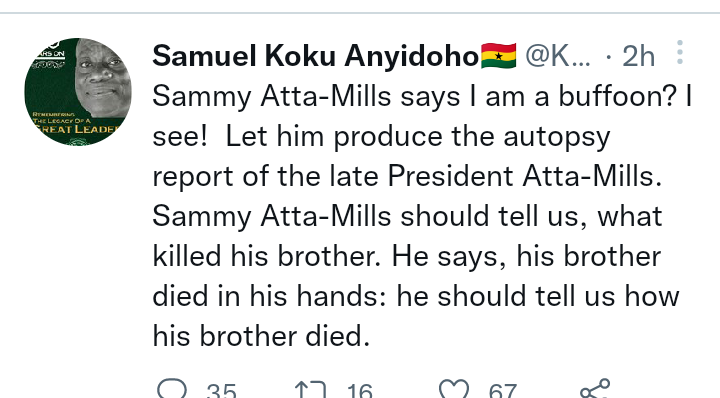 Content created and supplied by: timesgh (via Opera News )

HOT: GRA Commissioner of Customs blasts the Special Prosecutor over the Labianca report.