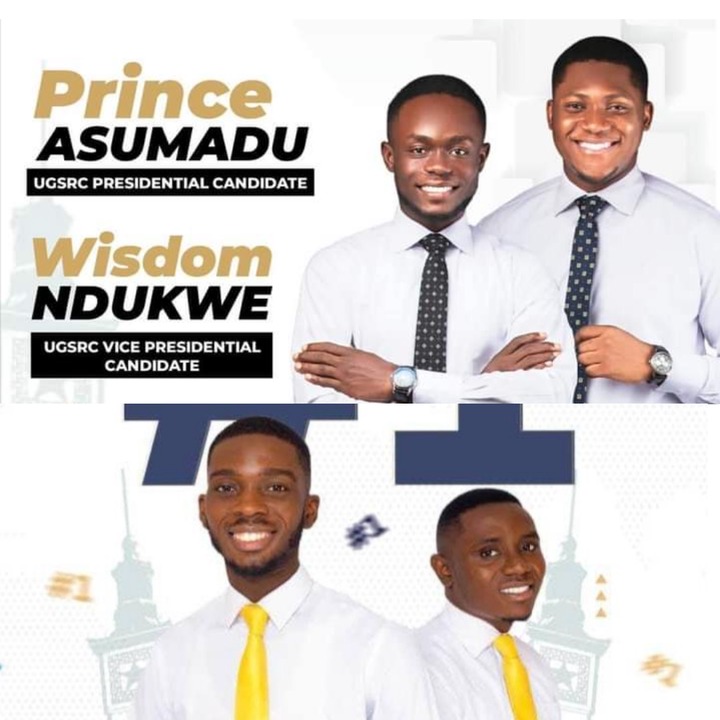 The Student Representative Council Elections of the University of Ghana has been declared as a run off between Mr Samuel Amos Ofosu popularly known as Nana B and Mr. Wisdom Ndukwe.

If figures of the first round is anything to come by, then we can confidently say that the NPP's Tertiary Student Confederacy's endorsed candidate Mr Wisdom Ndukwe lost in the first round.

Mr. Samuel Amos Ofosu who won the first round but couldn't garner the 50+1 constitutional mandatory score had 5,760 votes (41.97) while his closest rival (the NPP's favorite) Mr Wisdom Ndukwe trailed right behind him with 5,102 votes (37.18). The vote difference between them was 658.

The remaining percentage went to the other candidates. 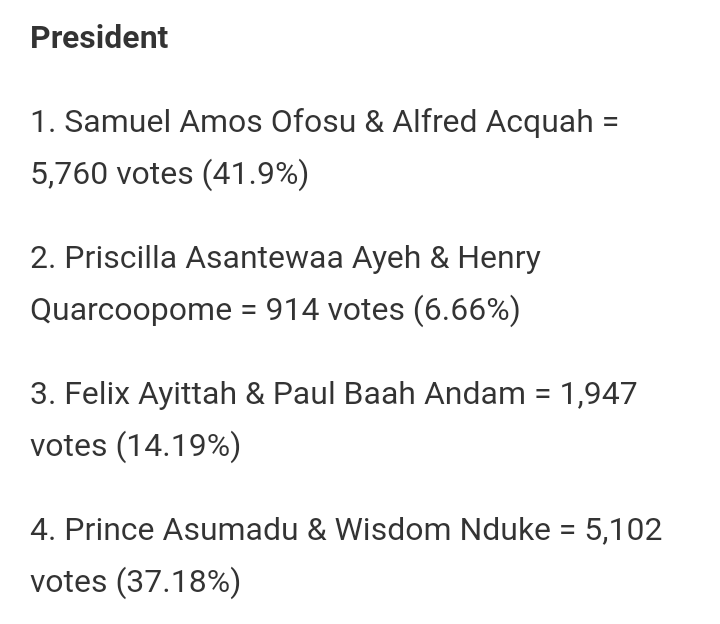 In a well attended press conference prior the election, the NPP threw it's support for Mr. Wisdom Ndukwe. They urged all NPP affiliated students to vote for him. Both the Accra City Campus and Main campus NPP fraternity supported Ndukwe. Earlier vetting figures was also won by Ndukwe as the campus media ( Radio Universe) projected and tipped him to win based on their survey. 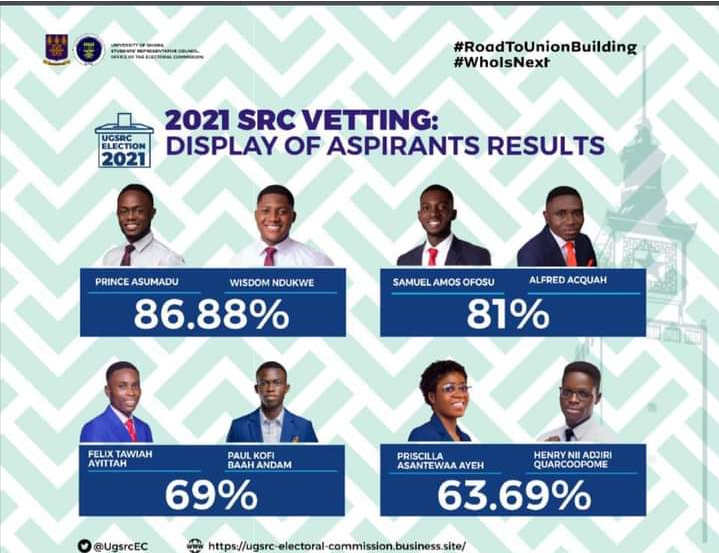 The NPP's TESCON's action was condemned by majority of students because they saw the student election as non partisan. In that regard, they saw the action of the NPP as a needless one.

Although the other team was Allegedly linked to the NDC, there was no public evidence to that effect.

The Electoral Commission of Ghana teamed up with the Legon SRC Electoral Commission to Organise the election. In all, it was was peaceful. The EC will fix another day for the Run-Off. For now, the two fore runners will have to convince the smaller candidates and their supporters to their sides.

Video: Final Moments Of The Tortured Young School Boy, Sylvester, Before He Gave Up The Ghost