The lady MP who has created car-owners in her Constituency

Mrs. Ursula Owusu-Ekuful, is a Ghanaian politician, and a legislator, representing constituents of the Ablekuma West Constituency in the Greater Accra Region. She is the first Member of Parliament for the constituency when it was carved out of the hitherto Ablekuma Constituency.

In 2017, Mrs. Ursula Owusu-Ekuful was appointed the Minister to of Communications and retained her ministerial portfolio in the current second term administration of President Nana Addo Dankwa Akufo Addo.

In 2011, Mrs. Owusu-Ekuful contested and won the New Patriotic Party (NPP) parliamentary primaries which won her the right to contest the 2012 general elections on the ticket of the NPP and went ahead to win the national elections to represent the people of the newly created constituency. 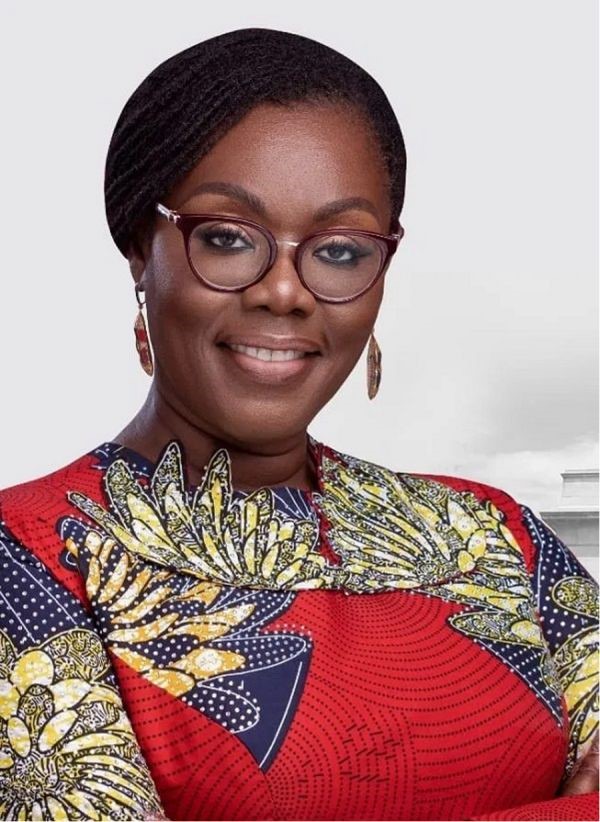 She was one of the sitting NPP MPs who the NPP cleared to run unopposed in the 2020 elections. The decision to allow Ursula and her likes to scale the internal NPP parliamentary nominations, was premised on the stellar performance of the exempted few, during their tenure in the 7th Parliament of the 4th Republic.

Indeed, majority of the candidates within the Ursula bracket paid back the trust and believe reposed in them by their party with massive return wins. In the case of Ursula, many of her constituents, are still enjoying her novelty model of purchasing vehicles for commercial drivers who work and pay for the cars within a stipulated period.

The Ursula initiative has led to many of such drivers owing their own vehicles. Research shows that many of the beneficiary drivers are not necessarily, NPP members or supporters alone; but a coalition of drivers from different political persuasions.

It’s therefore not surprising that many known NDC folks in the Ablekuma West Constituency speak so eloquently of Mrs. Owusu Ekuful. In a male dominated society, Ursula has shown that she can hold her own against that farcical established status-quo.

In 2015, she and other women MPs were subjected to personal attacks after there was a dispute over places reserved for women members of Parliament. That really got at Ursula, and perhaps for once, in her career swore to consider her future in politics.

But Ursula’s innate grit prevailed and she held on firmly onto her political life. That stoical stance paid off the following year, where she became the Minister of Communications. Ursula’s resolve seems a forte that even Ghanaian men, mostly in her constituency, gleefully eulogise.

Often, people misconstrue that steeled character borne out of innate conviction to be arrogance; but Ursula would not waver to trade that innate attribute for any form of pretentious traits.

After completing Mfantsiman, Ursula furthered her education at the University of Ghana and the Ghana School of Law where she obtained her LLB and c alled to the Bar in 1990. She worked for ten years as a lawyer at Akufo-Addo, Prempeh & Co. Law Firm before she moved into the Telecommunication Industry.

She has attended many career development courses including one at the Kofi Annan International Peace Keeping Training Centre where she obtained a Master’s degree in Conflict, Peace and Security.

Mrs. Owusu-Ekuful has served on various boards and in different capacities in her over three-decades professional career. She served as a Managing Consultant, N. U. Consult Legal, Governance and Gender Consultants.

She was once the acting Managing Director of Western Telesystems (WESTEL) from September 2005 to May, 2008 and from April 2008 to January 2009, she was the Corporate and External Affairs Director at ZAIN Ghana.

She has also been a member of FIDA, Ghana since 1990 and was a former President of FIDA, Ghana, and former Vice President of the Africa Regional, FIDA International. She is married to a UK-based Ghanaian optometrist, Dr. Sam Ekuful.

On Saturday, 29th September 2018, she was installed the Nkosuohemaa (Development Queen) by the traditional leaders and the people of Akyem Asuom in the Kwaebibirim District of the Eastern Region.

In February, 2019, she was honoured by the International Federation of Women Lawyers in recognition of her work in the protection of the rights of women and children at the 2019, FIDA Africa Regional Congress.

Show That You Value Your Relationships By Doing The Following