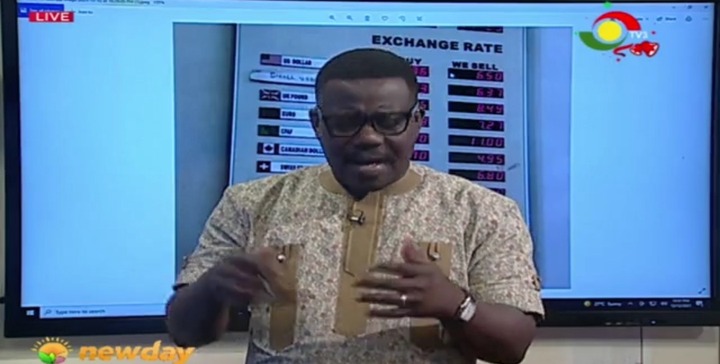 Johnny Hughes, a journalist with Media General’s TV3 has been a ‘thorn’ in the flesh of the ruling New Patriotic Party this year. He has consistently attacked the government on a number of their failings. Usual of Johnnie, he has quizzed and been hard on NPP panelists who he gets to interact with on his morning show. Among some of the major issues of Johnnie regards NABCO, infrastructure, corruption and negligence of government officials.

The intelligent journalist has once again hit hard at the president. In a tweet posted today, Monday, December 27, 2021, Johnnie sent a clear message to government as to what he would have done if he was a member of government. According to Johnnie he has issues with the government and president Akufo-Addo for their neglect of NABCo personnel. In October the personnel were told that they had been relieved of their jobs. After a lot of uproar, government rescinded the decision and ordered the personnel back to their posting centers.

However, one question remains and it regards the salaries of the personnel. Many have not been paid their salaries for months now. Months ago, Dr. Ibrahim Anyars sat in the studios of TV3 and promised that the personnel will receive their delayed salaries. Sadly, this has not been the case. As of now they are yet to be paid their salaries, making people wonder how they managed in this festive season. 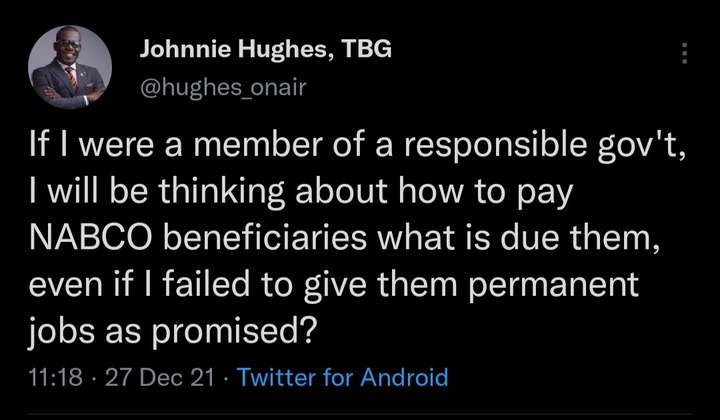