I Know Your Worth, I Can Never Undermine Your Authority - Minister Humbled, Begs Yaa Naa

By Newsflash (self media writer) | 21 days ago 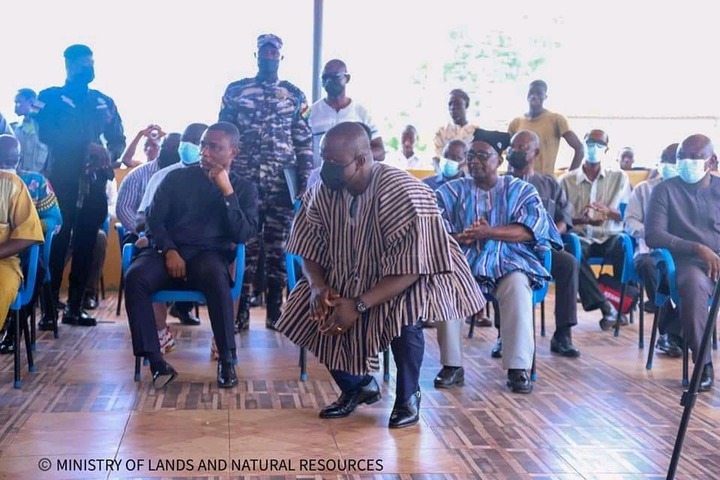 The Northern Regional Minister, Hon Shani Alhassan Shaibu has responded to alleged claims that he snubbed the Dagbon Traditional Council meeting on the launch of the Dagbon development fund on Saturday, October 2, 2021.

In a statement released and signed by the public relations officer of the Regional Coordination Council, the said claims by unsuspected people are nothing but palpable falsehood.

In the immediate release statement, the council have denied that a letter of invitation was sent to the minister, adding that the minister could never do such a thing because the chieftaincy as an institution is an integral part in developing any community

The statement further emphasize the fact that the minister highly respect the Yaa Naa and his authority and will never snub any meeting which seek to implement development in the Northern regions.

According to the statement, Alhassan Shaibu himself is a full blood royal and has utmost respect for the dignity of the chieftaincy institution and has demonstrated that by building close relationship with the overlord of Dagbon, Ndan Yaa-Naa Abukari II and all traditional rulers if the land.

Attached is the full statement released by the Regional Coordination Council; 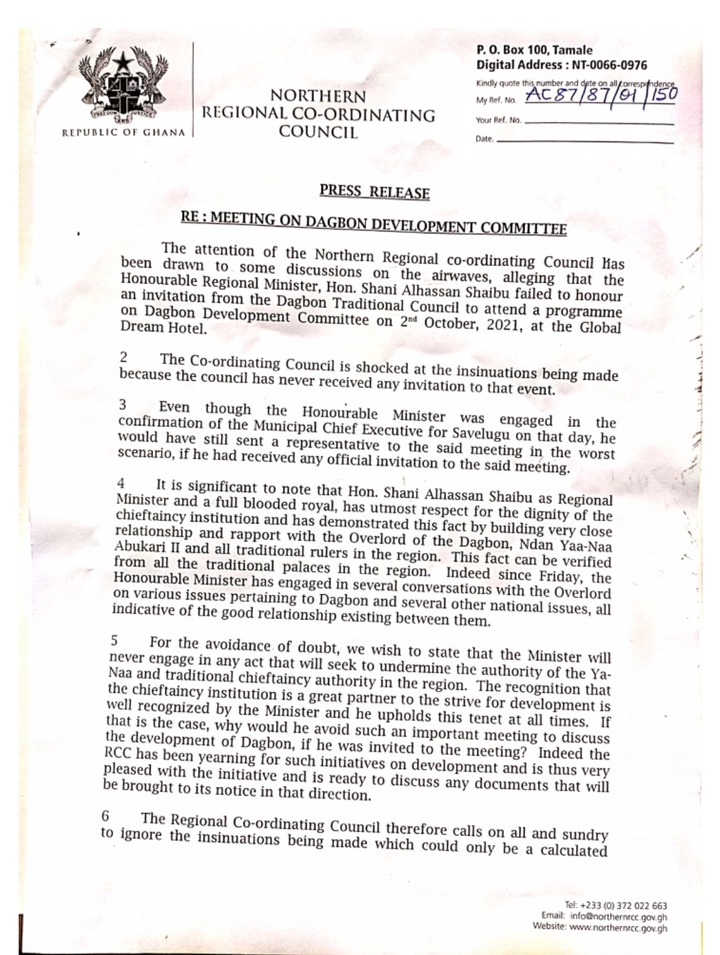