Former President John Agyekum Kufuor has denied that he has invited several MPs from the New Patriotic Party to a meeting to discuss his request to fire Finance Minister Ken Ofori Atta. 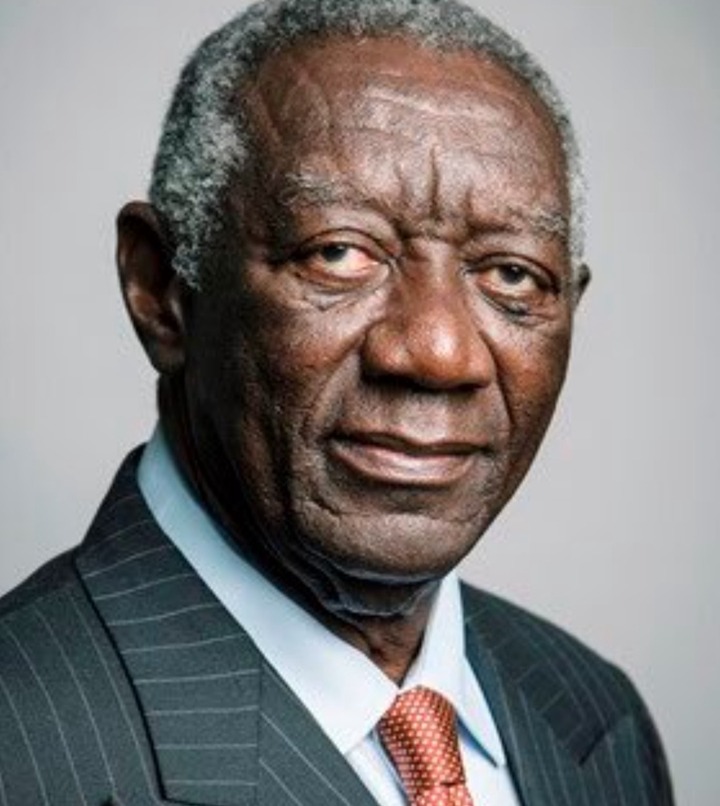 According to him, the aforementioned reports do not contain any facts and should be dismissed.

Mr. Kufour expressed his displeasure in a statement signed by his senior assistant and spokesman, Dr Kwabena Osei Adubofour, on Thursday, November 17, about what he believes to be Some people tended to draw him into matters that he did not comment on in the press conference for misinformation to the public or create discontent.

"We want to draw public attention to the fact that the aforementioned publication does not contain any facts." "The office of the former president is deeply disgusted by the growing trend of disinformation intended to maliciously draw President Kufuor into matters on which he does not comment," a part of the statement read. 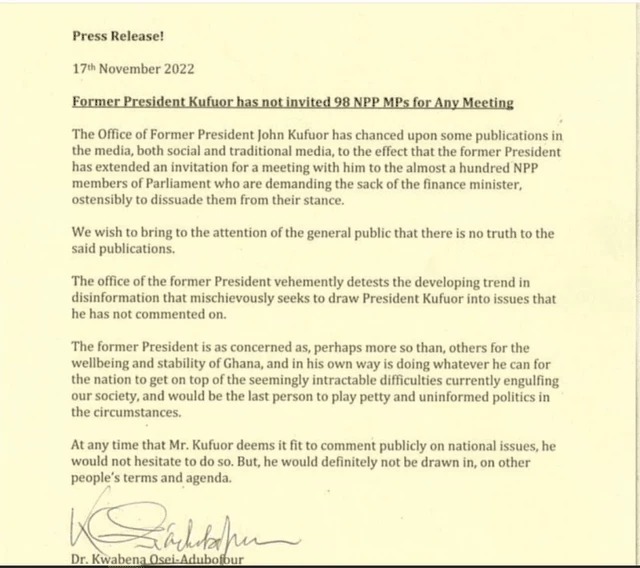 It went on to say that, like every other Ghanaian, the former president is dissatisfied with the current state of affairs, and that he would be the last to engage in petty party politics in light of Ghana's current economic hardship.

They believe the Finance Minister has failed in his or her duties and must be replaced, or they will boycott the 2023 budget presentation and any other government business in parliament. They don't want him to give the budget presentation.

Meanwhile, the NDC minority lawmakers have filed a vote of censure motion against Ofori Atta.