The Removal Of 4 soldiers From The Speaker's Office: Mensah Thompson Reacts

Mr. Mensah Thompson; the Executive Director of Alliance for Social Equity and Public Accountability (ASEPA), has also responded to the recent talks, following the removal of some the four soldiers, from the office of the Speaker of Parliament. 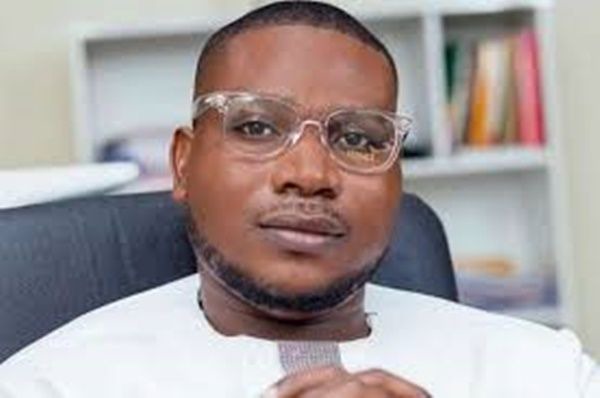 According to Mr. Mensah Thompson, the Ghana Armed Forces (GAF) is only following a formal protocol, to regularize the military men who were removed from the Office of the Speaker Alban Babgin.

In his latest Facebook post, Mr. Thomson wrote; “Made a few checks at the Speakers Office a while ago…this is only a formal protocol being followed by the military. The Officers have only been withdrawn only to regularize them and NOT out of any malice or any attempt to endanger the Speaker’s personal safety. Kindly ignore the spin being put on it” .

The post, which was dated Saturday January 15, was in respond to the recent reactions from some Ghanaians, in disapproval of the removal of some four military men, who were assigned to the office of the Speaker of Parliament, Rt Honorable Alban Suman Bagbin. 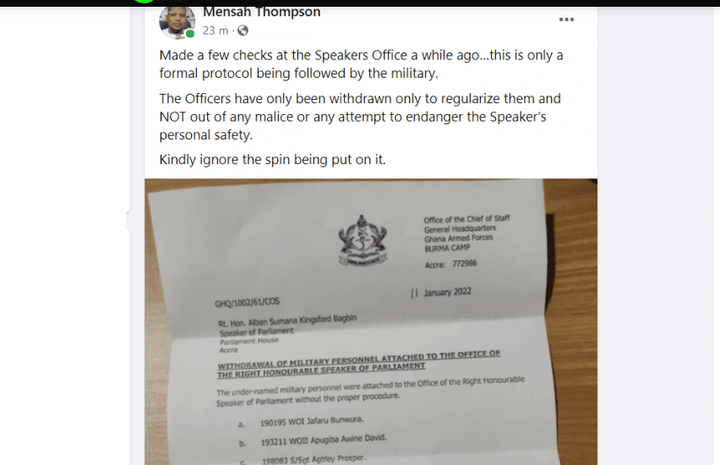 After some criticism from the Ghanaian public, Ghana Armed Forces (GAF) responded that, the four soldiers who have been withdrawn from the Office of the Speaker of Parliament were attached to that particular office without proper procedure, and so resulted in the decision to withdraw them, while efforts are being made to regularize their attachment. 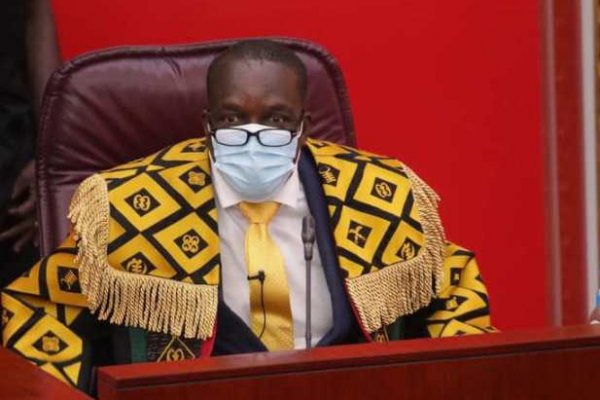 A statement release from the Office of the Chief of Staff explains that, “The under-named military personnel were attached to the Office of the Rt Honorable Speaker of Parliament without the proper procedure. I humbly requested that the personnel are withdrawn with effect from 14 January 2022 while efforts are made to regularize their attachment, 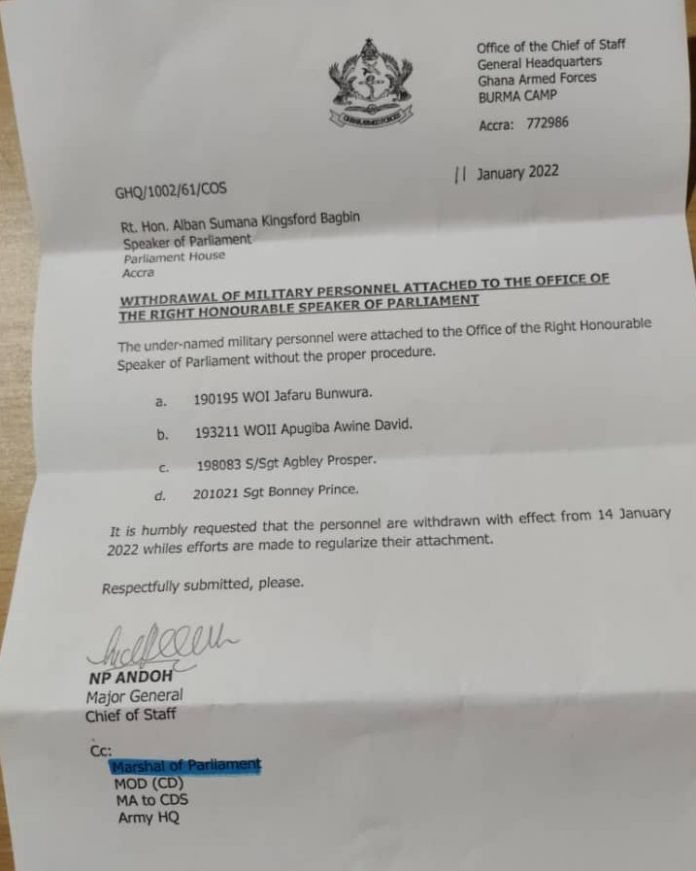 Do you agree with the Ghana Armed Forces on the removal of soldiers from the Speaker Alban Bagbin's office?

Police Confirms Arrest Of Two Over The Killing Of A Female Student Who Blasphemed Prophet Muhammad.

In Kano, a 19-year-old boy was sentenced to death by hanging for the murder of his 5-year-old nephew

DMB2024: Dr. Bawumia Receives Massive Reactions After He Goes Digital With His Brilliance.