By African_Queen (self meida writer) | 28 days 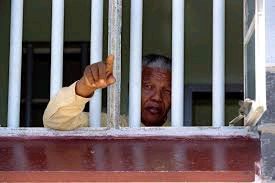 While in prison he went through excruciating moments of which he wrote an impressive personal story which can be seen in the passage below:

Nelson Mandela, former South African president born July 18, 1918 and died December 5, 2013, was one of the historic leaders in the struggle against the institutional political system of racial segregation. In his fight for a just society he was sentenced to prison and forced labor for life before being released 27 years later.

After a while the waiter brought our requests to us, I noticed that there is someone sitting in front of my table waiting for food".

“After I became president, I once asked some members of my close protection to walk with me in the city, to have lunch in one of its restaurants. We sat in one of the downtown restaurants and we all asked for food.

This man was the prison guard where I was imprisoned. “Often after the tortures I suffered, I would cry out and ask for some water.

I then said to one of the soldiers: go ask this person to join us with his food and eat with us. The soldier went to ask the man. The man brought his food and sat next to me while I asked him and started to eat. His hands were constantly shaking until everyone had finished their meal and the man left. The soldier told me: The man was apparently very ill. His hands were shaking as he ate! " "No, not at all," said Mandela. 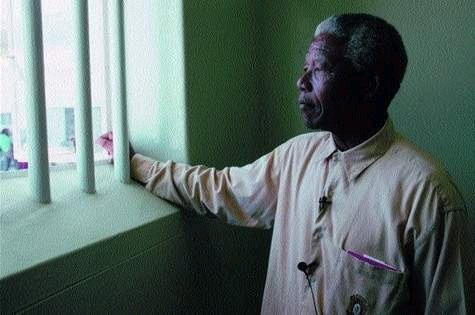 The same man came every time and urinated on my head." So I found him scared, trembling, expecting me to return the favor, at least in the same way, either by torturing him or imprisoning him as I am now the President of the State of 'South Africa.

May God grant us to be people who return evil with good and who have values ​​that make people grow and society evolve.

This Mandela story should be an example to all ordinary people and a lesson in forgiveness for all those who have once been oppressed and maltreated.

What have we all learn from this touching story? let's hear your own view