Some Ghanaians who shared their views on the topic, have argued that, John Mahama must retract his 'do or die' comments. According to them, the do or die comment by former president John Mahama will incite the NDC youth to commit violent acts during elections 2024. Others have also strongly insisted that, the comment is harmless; and that John Mahama means no harm. 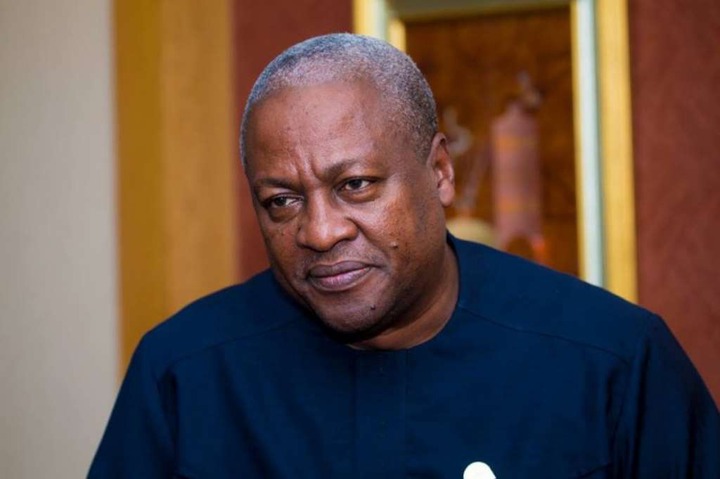 Though have been several calls by some Ghanaians, religious and traditional leaders, and CSOs, for him to retract his words, John Mahama later came out to disclosed that, he will not retract his controversial ‘do or die’ comment about the 2024 general elections; because according to him, the do or die phrase is an idiomatic expression and means no harm.

The Krontihene of Ejura Sekyedumase, Nana Agyapa II, was one of the notable Ghanaians traditional leaders, who has expressed his surprise about the deliberate twisting of the do or die comment by John Mahama by some Ghanaians.

In his remarks to welcome the former president to the Ashanti Region, Nana Agyapa II said, "There is nothing wrong with what he said. But others have deliberately misconstrued his statement. But don't lose hope, I know that good times are ahead. I am very happy that you have seen that it is not the court you would go to seek redress but that you and your party members will be vigilant and put in the right measures so that your victory is not stolen".

Whatever way people looks at it, the fact remains that, former president John Dramani Mahama’s comment, has been received; and gradually sinking deep and deeper into the understandings of the Ghanaian public; especially the grass-root members of the opposition National Democratic Congress (NDC).

Recently in the Ashanti Region, the members of the NDC have also massively accepted the ‘Do or Die’ comment; and have boldly told the former president during his tour in the region, that his do or die message has really awakened their spirits, and ‘gingered’ them to work harder to retain power comes election 2024. This was revealed by Mr. Augustine Nana Kwesi-the Ashanti Regional Chairman of the NDC whiles addressing the party members during John Mahama’s thank you tours in the Ashanti Region. What do you also think…should John Mahama retract his 'do or die' comments?

Remember to follow this page to get more upcoming updates from us.