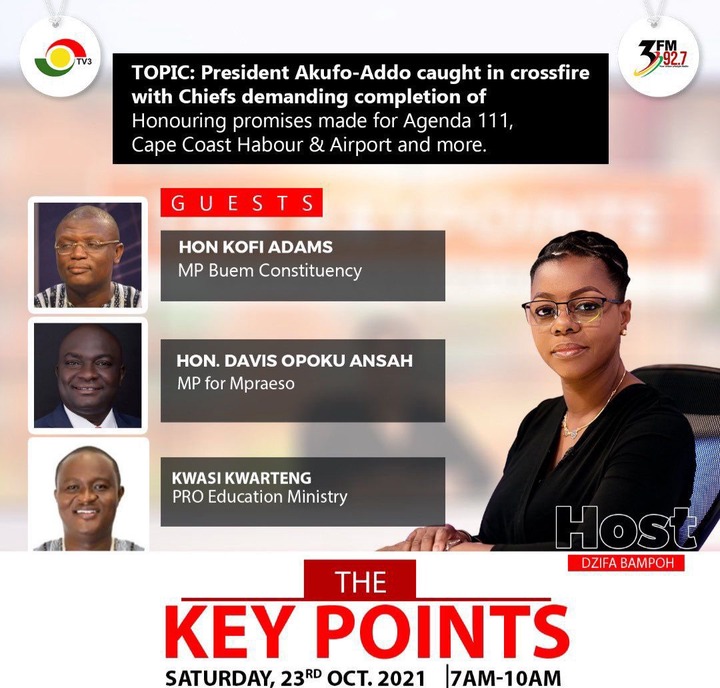 One of the interesting subjects that has caught the attention many Ghanaians is the neglect of some E-Blocks that were started by The John Mahama government. According to the opposition NDC, the government have abandoned a number of projects and this was retarding progress in certain areas. In a boisterous attempt to prove tis, they visited a number of areas where uncompleted E-Blocks have been abandoned.

On TV3’s The Keypoints, Kofi Adams, MP for Buem and Davis Opoku Ansah, MP for Mpraeso joined Dzifa Bampoe to discuss the abandoned schools. According to the MP for Mpraeso, the visitation of the abandoned schools should have been planned by both sides of the Education Committee. He mentioned that it was only out of mischief that caused the NDC MPs to go alone and bring back a bad report.

This was however debunked by Kofi Adams who explained that the NPP MPs were dragging their feet when discussions on the visitation were being done and so the NDC MPs had to go alone. He added that aside schools, there are also hospitals that have been abandoned. Interestingly, he cited a hospital in Abetifi which is yet to be completed despite the huge funds invested in it. According to Kofi Adams, the hospital is even supposed to serve the good people of Mpraeso and surrounding areas. 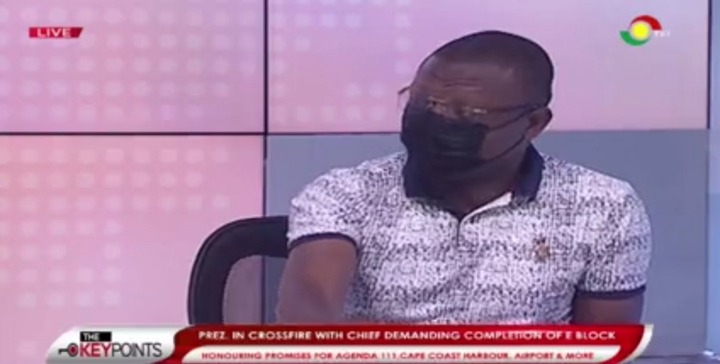 The mere mention of the town of Mpraeso, where the NPP panelist was MP of got Davis Opoku teasing and telling the host that Kofi Adams wants to blackmail him with the abandoned Abetifi hospital. He explained that the mere mention of an abandoned hospital that will serve his constituency was meant to silence him and prevent him from commenting on the issue. He added the hospital has not been abandoned and that all efforts are in place for the hospital at Abetifi to be completed so it serves Abetifi, Mpraeso and other surrounding areas.

The discussion still continues over abandoned or uncompleted projects. This has become a thing with successive governments who feel that completing these projects will rather give credit to their political rivals. over the years, both the NPP and NDC have been guilty of this and this begs the question as to whether they mean well for the country or only come in to build themselves and their political partie