Why Mr. Kofuor Was Described "The Best President" Is Revealed

By Sirrkollins (self meida writer) | 20 days

It is noted that Ghana has had several presidents and leaders since independence in 1957 forming a democratic country until the experiences of military take over that disrupted the democratic system of government in Ghana.

Back in 1992, Ghana finally decided not to embark on military coup again and rolled J. J. Rawlings as democratic president which made Ghana the fourth republican state. 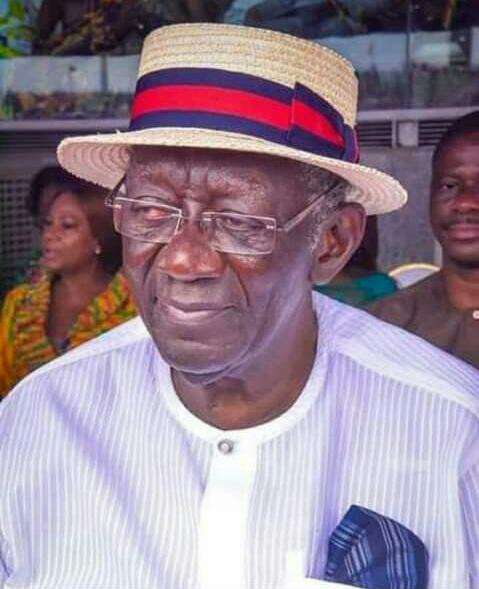 In fact, from independence to date, all past presidents and leaders have done well by binding Ghanaians together with peace and progress in many ways.

As result, former President John Kofi Agyekum Kufuor emerged in 2001 to 2008 successful years with the appellation "The Best President". Today in history, the description "the best president" is known not for any strange reason, rather, his track records before contesting for presidential primaries of the party NPP.

Indeed, the experiences that Mr. Kufuor had from diverse institutions and offices before showing up interest to lead Ghana in 1992 were marvelling and excelling that made him a successful and memorable president with the appellation "the best president".

Mr. Kufuor's career has been spent on the liberal-democratic side of Ghanaian politics, in the parties descended from the United Gold Coast Convention and the United Party.

He is a lawyer and businessman, he was a minister in Kofi Abrefa Busia's Progress Party government during Ghana's Second Republic and a Popular Front Party opposition frontbencher during the Third Republic.

In the Fourth Republic, Mr. Kufuor stood as the New Patriotic Party's candidate at the 1996 election and then led it to victory from 2001 to 2008.

Having served two terms, in 2008 he retired from active politics being in the position barking the party and issuing advices for the smooth progress of the party NPP.

His career success started from 1959–61 where he studied law, becoming qualified as a barrister in one year eight months. He was called to the London bar in 1961.

In the following year, he was called to the bar in Ghana before going on to Oxford University graduating from Exeter College, in 1964.

He was initially employed at the Ghana Commercial Bank in London as a Manager and Legal Officer. He returned to Ghana in the year 1965.

He again practised in the Chambers of Victor Owusu with another lawyer Owusu Yaw to gain more legal experiences.

In the Second Republic's Parliamentary register, Kufuor lists his hobbies and interests as table tennis, reading, football and film shows that enabled him become once the Chairman of Kumasi Asante Kotoko Football Club.

As Deputy Minister of Foreign Affairs, he represented Ghana on a number of occasions. From 1969 to December 1971 he led Ghana's

delegation to the United Nations General Assembly in New York City, the Organization of African Unity (OAU) Ministerial Meetings in Addis Ababa and the Summit Conference of the Non-Aligned Movement in Lusaka.

In 1970, he led the Ghanaian delegation to Moscow in the Soviet Union, Prague (Czechoslovakia) and Belgrade ( Yugoslavia) to discuss Ghana's indebtedness to these countries.

As the Spokesman on Foreign Affairs and Deputy Opposition Leader of the Popular Front Party (PFP) Parliamentary Group during the Third Republic, he was invited to accompany President Hilla Limann to the OAU Summit Conference in Freetown, Sierra Leone.

He was also a member of the parliamentary delegation that visited the United States in 1981 to talk to the International Monetary Fund (IMF) and the World Bank on Ghana's economic problems.

In January 1982, the leadership of the All People's Party (APP), which was an alliance of all the opposition parties, advised some leading members, including the Deputy Leader of the Alliance, Alhaji Iddrisu Mahama, the general secretary, Dr. Obed Asamoah and Kufuor, to accept an invitation from the Provisional National Defence Council (PNDC) to serve in what was purported to be a National Government. Kufuor was appointed the Secretary for Local Government in this new government.

The previous hardworking of Mr. Kufuor made him a successful president and truly, he delivered well with good policies and implementations. Some of his remarkable records as president for two successful terms are NHIS, Metro Mass, School feeding, HIPC benefit and other interventions that have benefited every Ghanaian till date.