By Edoukwah (self media writer) | 2 months ago

If Ghanaians can recall, a "horrible" incident occurred on the funeral grounds of the father an NPP serial caller last Saturday. This incident occurred in Suhum. Initially, there was news that this clash was between the supporters of Dr. Bawumia and Alan Kyeremamteng but it was later revealed that this fight broke out between supporters of an incumbent MP and a presidential staffer who is seeking to compete with the current MP in the next NPP primaries. 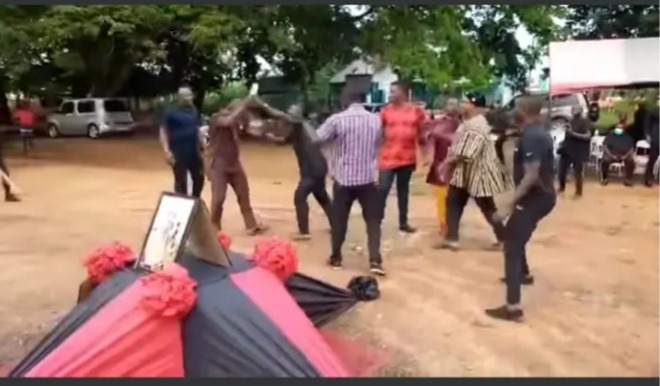 The suppoters of the MP allegedly made defamatory statements against Protozoa, the presidential staffer who is seeking to contest the MP in the NPP next primaries. One supporter of the presidential staffer, allegedly took a microphone at the funeral grounds to announce that they have been prevented from greeting the MP. Furious by the turn of events, the supporters of the MP allegedly vented attacks on him which led to the clashes. 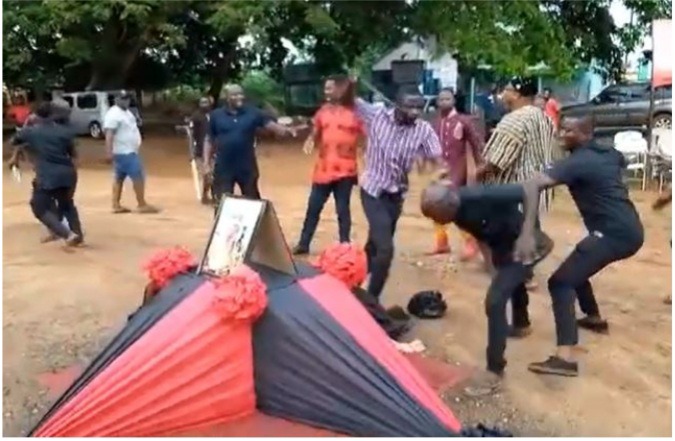 The NPP Lower West Akyem Communications Officer, Bernard Kwesi Amoani was allegedly slashed with a cutlass on his forehead by the driver of the Suhum MP. He, in addition to an victim were rushed to the hospital. Many Ghanaians frowned on such an uncalled for act and were yearning for the arrest of the MP's driver.

News coming in says that the MP's driver has finally been arrested. The suspect, Kofi Agyei, who is famously known as Jamalo reported himself to the Suhum Police. He was reportedly escorted by Kwadwo Asante, the Member of Parliament for Suhum constituency. 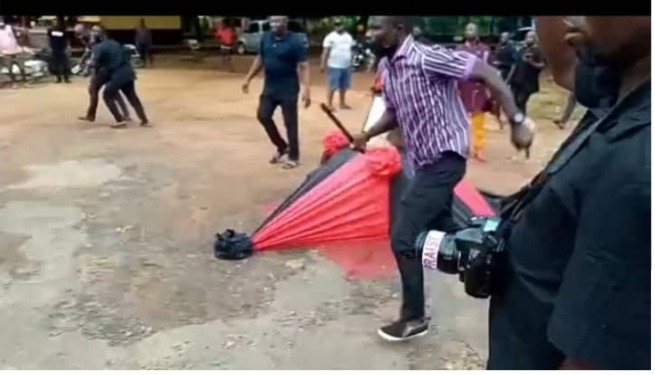 What is your take on this issue? Kindly bring in your comments, thoughts and suggestions.

Don't forget to follow my page for more updates.