By LIGHTBEARER (self media writer) | 4 months ago 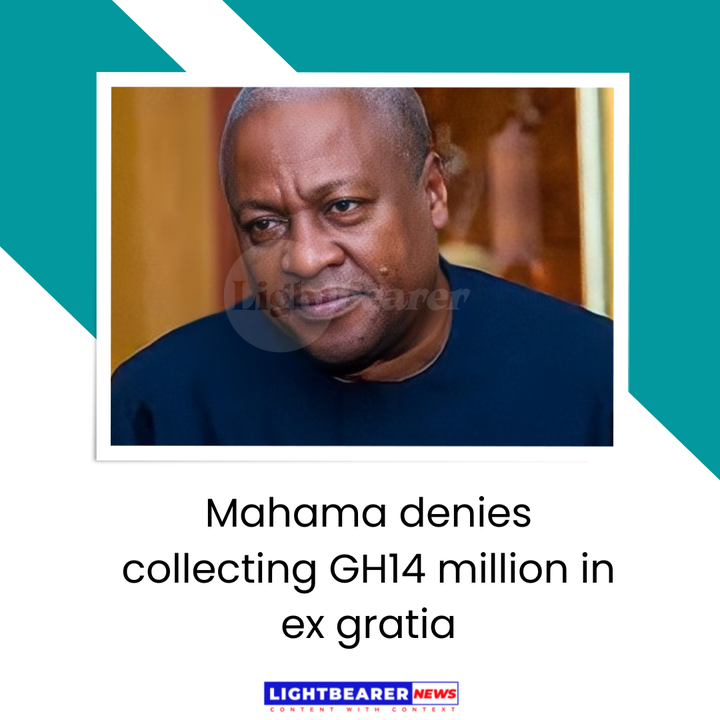 The offices of the Chief of Staff and the Presidency have been challenged by former President John Dramani Mahama to show proof that he has ever received GH14 million in ex gratia.

The former president, according to his special aide Joyce Bawa Mogtari, did not receive such a sum in 2013 or at any other point during his 25 years of "distinguished" public service.

This was stated in a reaction to claims made by Kwame Baffoe, better known by his stage as Abronye DC, the chairman of the Bono Region of the New Patriotic Party (NPP), in a statement made by Madam Bawa Mogtari on Monday, September 5.

According to Abronye DC, Mr Mahama received the "fattest" ex-gratia of GH14 million in 2013.

"We urge the public to disregard the said Kwame Baffoe's incoherent rants, who has gained notoriety for fabricating and spreading falsehood on behalf of Nana Akufo-Addo against John Mahama." His assertions are wrong."

Doubters were challenged by John Dramani's office to seek proof from the Office of the Chief of Staff or the Controller and Accountant-General's Department.

Doubters were challenged by John Dramani's office to seek proof from the Office of the Chief of Staff or the Controller and Accountant-Department. General's

"It would be surprising if such a payment was made to the former President and was not reflected in any of the numerous Auditor General's reports presented to Parliament since 2013."

Madam Bawa Mogtari, a former Minister of Transport, remarked that Abronye's claim is "a failed decoy to suppress national discussions about the hardship Ghanaians are experiencing as a result of the Akufo-Addo and Bawumia administration's clueless, inept, hopeless incompetence, and poor governance."

"It is a leaky reaction to John Mahama's pledge to promptly re-examine and investigate problems linked to the emoluments of Article 71 office holders, including ex-gratia payments.

"We want to reiterate the points made by President Mahama recently that a next NDC Government will run an administration with a leaner government and far fewer ministers than Ghana has ever seen and ensure a cut in waste and exercise of frugality in everything Government does," the statement reads.

Content created and supplied by: LIGHTBEARER (via Opera News )