By TamaleOnline (self meida writer) | 27 days

The National Youth Organizer for New Patriotic Party, Henry Nana Boakye, popularly known as Nana B has revealed that the late Upper East Regional youth organizer, Latif Solomon Yenaah died because he refused to be flown out of the country for medical attention.

It was a sorrowful moment for the National Youth wing of the party yesterday as they poured tribute to him in a solemn manner. Henry Nana Boakye revealed that Latif Solomon Yenaah was an exceptional leader who has helped the party in the context of Youth politics in the northern zone.

Henry Nana Boakye revealed that even on his sick bed, he struggled for the party to triumph, sacrificing everything for his beloved party and the Youth he served. He said, Latif Solomon refused to surrender but stood on his feet for the ultimate goal to be realised at the end

He added that before the 2020 general elections, news about his sickness and health challenges got to him which he periodically spoke with him to give him any assistance that he needs from the party. He said the party offered for him to be flown out of the country for medical attention but he refused. He said he will fight with the party to ensure their victory before anything else. According to Henry Nana Boakye, Latif Solomon Yenaah was selfless, loyal, patriotic and very committed to the party.

Latif Solomon's dream for the New Patriotic Party to come to power came to fruition but unfortunately he couldn't live to witness the good days ahead. 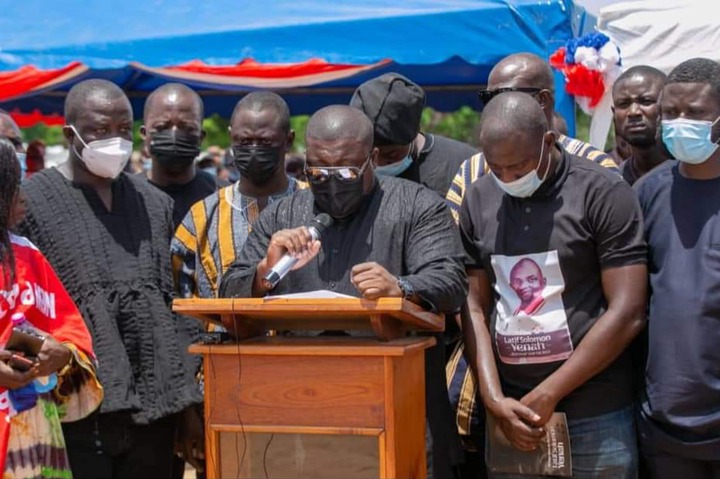 "His ultimate sacrifice shall be remembered" Nana B said