By cecilmenz21 (self media writer) | 7 months ago 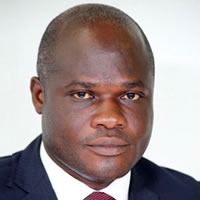 The Minority Chief Whip of the main opposition National Democratic Congress(NDC) in Parliament has revealed the governing New Patriotic Party (NPP) is skewing the population and housing census to create some twenty-five new Constituencies across the country for the next elections.

The Minority Chief Whip who is also the Member of Parliament for Banda Constituency in the Bono Region made this revelation speaking on Accra-based Okay FM’s morning show discussing the upcoming census programme by the Ghana Statistical Service.

According to him, the NPP’s main target for organizing the census programme was to create some new Constituencies for the 2024 general elections.

Mr Ahmed Ibrahim, said because of this motive many areas and communities have been removed and placed under some new districts just to make the NPP's motive a reality.

He stressed that the exercise is very important for the development of the country, the aspect of gerrymandering by the NPP is worrying, he noted.

The NPP is busy using the census to remove some communities that are perceived to be the strongholds of the NDC under different districts to enable them to create these new Constituencies.

He cautioned the NPP to be wary of some of its actions in the upcoming census because, if they get it wrong it will take as many as ten years to have some of these anomalies corrected.

Census is not an exercise that must be toyed with because it holds the keys to Ghana’s development, he said.

It against this background, he urged every NDC member to get counted and participate in the exercise for the good of the country, he added.