"I have regretted deeply, my apologies to Mahama and Mills", NPP financier and businessman speaks

By CitizenOne (self meida writer) | 6 days

A fortnight ago, CitizenOne and OperaNewsHub published the apology one Lawyer Nti Keteche Bombey Isaiah had rended to former President John Dramani Mahama on behalf of all Ghanaians for the insults the man received during his presidency. 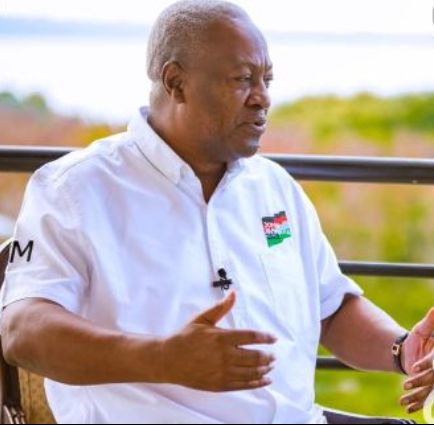 According to the law student and comedian, Ghanaians' incessant attacks on President Mahama's administration was as a result of the vilifications from Dr. Bawumia and Nana Addo. Unfortunately their regime has been the worse compared to Mahama's.

Some Ghanaians didn't take this apology seriously due to his profession as a comedian.

But today, we have a business tycoon and an NPP financier also apologising to former President Mahama and late President Mills for his attacks on their administrations.

According to the businessman who goes by the name Adongo Anderson Emmanuel, he was so critical and sometimes insultive to the NDC administrations at the time his business was booming. But after seriously campaigning and voting for Nana Addo, his business has since collapsed and he was broke. 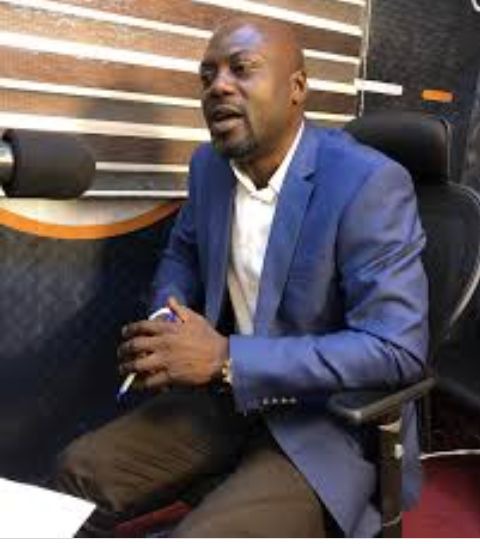 When President Nana Addo Danqua Akufu Addo came into power I celebrated him in Kwabenya, blocked a major street and sponsored a major party for all. Today, I am proud to inform you that my business has collapsed under the President I fought tirelessly to win the 2016 election", parts of the apology intercepted by CitizenOne read.

He concluded by thanking President Nana Addo for his current situation while begging President Mahama and late Prof. Mills for forgiveness. 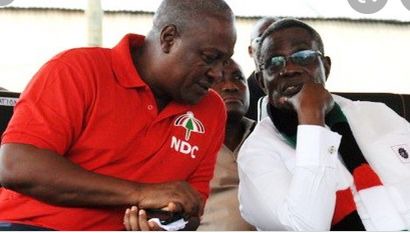 "I have regretted deeply and I ask you to extend my apologies to President Mahama and late President Atta Mills", he concluded.

The business tycoon who is an ardent supporter of NPP contested as an independent parliamentary candidate at the Dome Kwabenya but lost to the the incumbent Sara Adwoa Sarfo.

Read the apology below 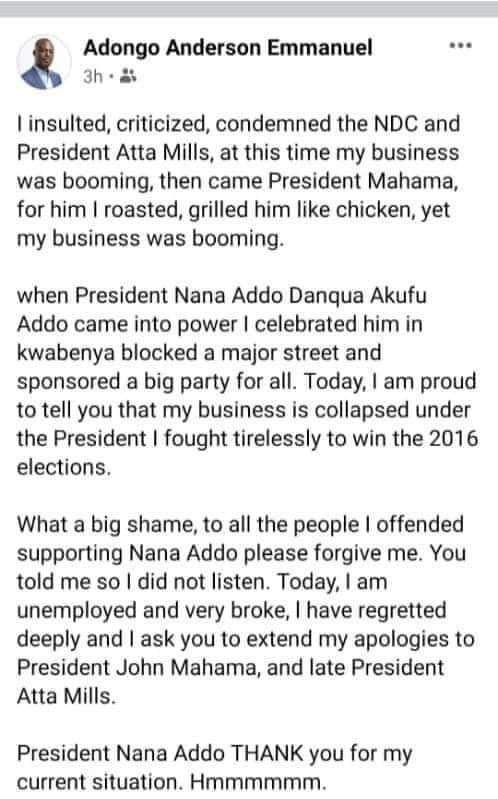