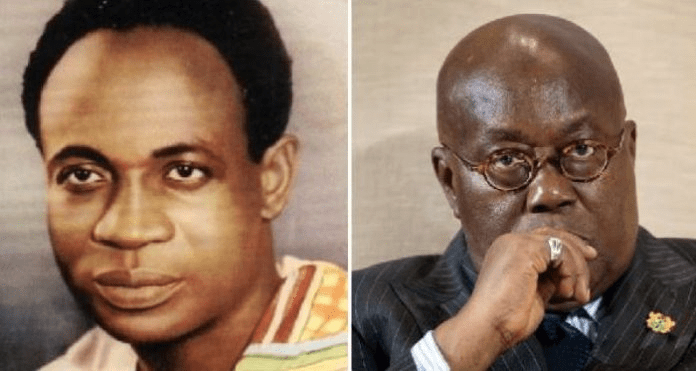 The independence of Ghana and the entirety of the African continent from colonial rule was a fight that took the lives of many nationalists. However, the blood, the uncertainty, the psychological and physical torture and above all, the hatred that clouded the days of heightened African nationalism did not deter Africa’s most courageous nationalists from carrying on the fight. Of all the names that made marks as the greats of Africa’s struggle for political independence, Osagyefo Dr. Kwame Nkrumah is arguably one of the few who wrote their names in gold across the very face of history. Kwame Nkrumah who led Ghana to political independence on the 6th of March 1957, did not only fund other African nationalist movements but was actively involved in the training and provision of technical support for these movements. Some may perceive Nkrumah’s defiance in the face of colonial forces as his best display of courage and determination. However, I will outline two of the most courageous steps taken by Osagyefo Dr. Kwame Nkrumah.

The man who had come to be perceived as an immortal being by the Ghanaian people due to his unwavering resolve to liberate Africa even in the face of foreign pressure and threat, left Ghana in February 1966 to war thorn Vietnam and China to orchestrate peace talks. He knew perfectly well that his own life and the possibility of his children growing old with him were in jeopardy but he would rather leave behind a peaceful world that live in one deprived of peace. This trip, cost him the Ghanaian scepter of leadership as his government was overthrown while he was en route Vietnam; an abstract display of selflessness and love for the African continent.

Kwame Nkrumah’s decision to accept the invitation of Sekou Toure, the president of Guinea at the time to go there and serve as Co-president following the overthrow of his own government in Ghana, is the second show of courage and selflessness. He demonstrated that the success of one part of the African continent can only go a long way to help the entire continent. As co-president of Guinea, Osagyefo Dr. Kwame Nkrumah continued his work as a pan-Africanist until his demise on the 27th of April 1972. 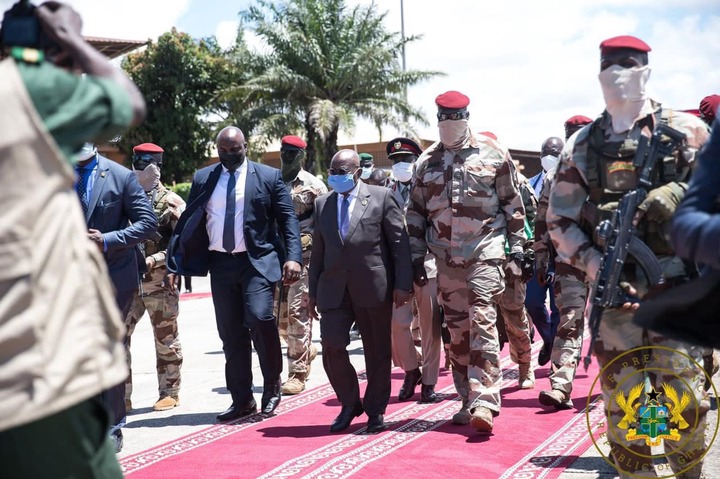 President Akufo Addo of Ghana and ECOWAS entourage with Mamady Doumbouya; the military leader of Guinea.

Five and a half decades since Nkrumah’s trip to Vietnam, Nana Addo Danwa Akufo Addo who is the current president of Ghana has made a similar trip but only to Nkrumah’s former place of refuge; Guinea. The toppling of the government of president Alpha Conde of Guinea by the military has become the main talking point of the African and international media. One unfortunate incident however is the detaining of the former president by coup leader Mamady Doumbouya without trial. The leadership of Africa’s regional blocks have tried severally to secure the release of the embattled former president but to not avail. As the chairman of the Economic Community of West African States, Nana Addo Dankwa Akufo Addo was graced with the rather unfortunate honor of meeting and negotiating with the coup plotters. The same honor befell him a few months ago following the coup in Mali. The president of Ghana despite all the risk involved, gets up and goes out shoulder high even into the ‘lion’s den’ with one and just one aim on his mind; the protection of Africa’s rather fragile democracy.

Osagyefo Dr. Kwame Nkrumah and Nana Addo Dankwa Akufo Addo may have led Ghana during two undeniably different times but one can not readily say their resolves were any different. Just as Nkrumah said; “the independence of Ghana shall be meaningless until it is linked with the total liberation of the whole African continent.” We as the people of Ghana must therefore pride ourselves with the fact that successive leaders of our country have made it a point to safeguard not only the democracy we enjoy but also the peace of the entire African continent. 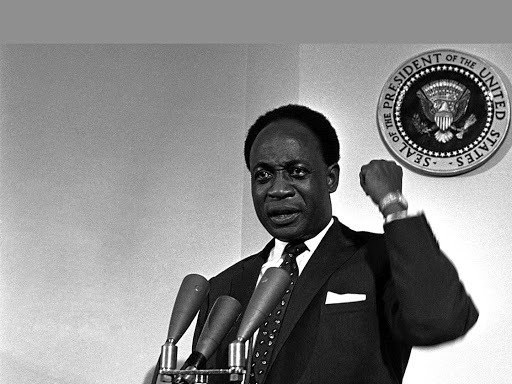 As Akufo Addo runs around trying to free Alpha Conde and negotiate Guinea’s return to civilian rule, we must pray for his health and safety to continue undertaking this rather difficult task the he has the unfortunate honor of being faced with. Kindly share your thoughts and insight with us in the comments section and do not forget to keep Nana Addo Dankwa Akufo Addo in your prayers.