We Did Not Boycott Nana's Arrival; We Excused Him To Have Dinner And Some Rest - NPP Executives 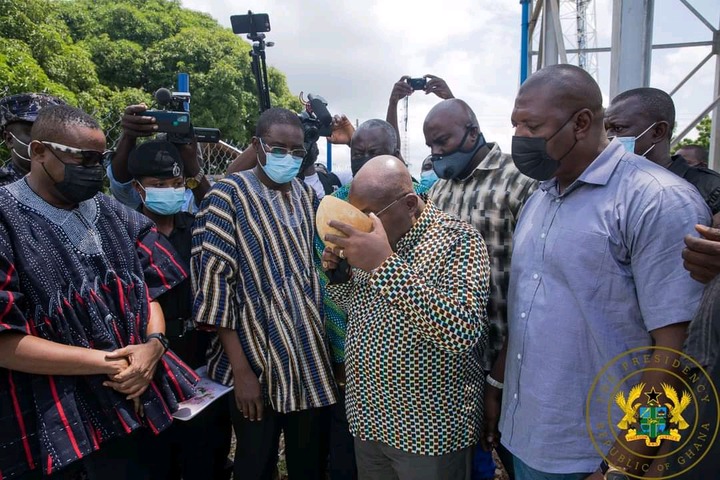 The northern Regional Executives of the rulling New Patriotic Party has debunked rumours circulating that they unanimously boycotted the president's arrival at the airport over selection of MMDCEs.

News were widely circulated on social media revealing that the New Patriotic Party executives in the northern region led by chairman Samba has unanimously boycotted the president's arrival after president Akufo Addo refused to accept the person they nominated as their preferred MMDCEs.

However, according to statement released by the New Patriotic Party northern Regional secretariat, the publication is falsehood and that the Regional executives have been part of the president's tour in the Savannah Region since yesterday. They however stated categorically that, they only left the president to rest after taking his dinner after the tiresome journey throughout the region.

They also rebuked the claims that they proposed some MMDCEs for the president, according to the northern regional Executives, there has not been anything of that sort.

Read the full statement below: 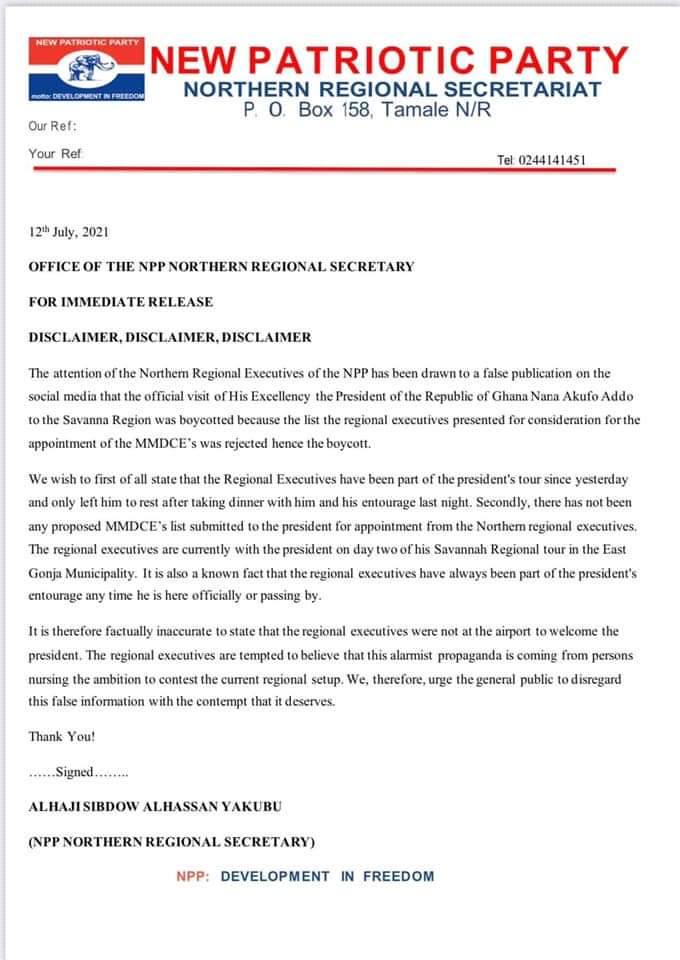