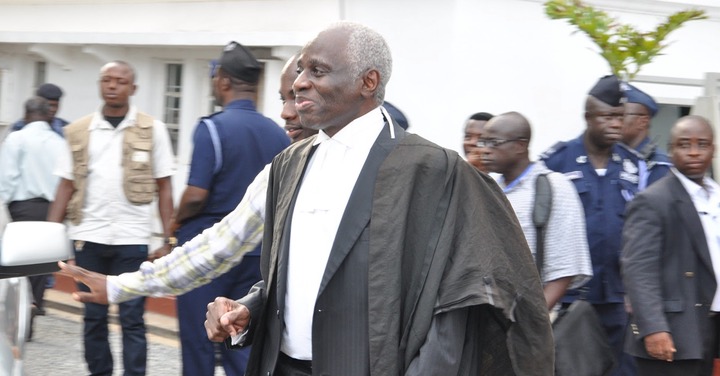 The President of IMANI Center for Policy and Education, Mr. Franklin Cudjoe has confirmed in a Facebook post that the Attorney General has finally conceded the first ground of application review filed by Mr. Tstatsu Tsikata in the SALL election petition case.

In his write-up, Mr. Franklin Cudjoe revealed that the Chief Attorney, Ms. Grace Ewoal accepted that some orders made by the Ho High Court and subsequently quashed by the Supreme Court must be reviewed.

“According to the very first ground for review (Ground a)) filed by the Solicitor for the Applicants, Emile Atsu Agbakpe, the Supreme Court fundamentally erred when it referred to the right to vote as a provision falling within the Directive Principles of State Policy under the Constitution rather than being among the fundamental human rights”. He noted.

Mr. Franklin Cudjoe further indicated that the Supreme Court again erred when it ruled that the High Court should determine if the right to vote is a fundamental human right.

He adds that the matter has already been ruled and every court, is bonded to abide by it.

According to Mr. Franklin Cudjoe, Tstatsu Tsikata submitted to the court that the erroneous statements made by the Supreme Court should not be considered for reference purposes by students of constitutional law.

Mr. Franklin Cudjoe added that lawyer Tstatsu Tsikata justified the ground for application for review in the SALL matter. However, Justice Kulende who was part of the justices sitting on the case stated categorically that even though the case has been argued out by both sides, the matter lies in the bosom of the judges to decide.

Read the full statement posted by Mr. Franklin Cudjoe below: 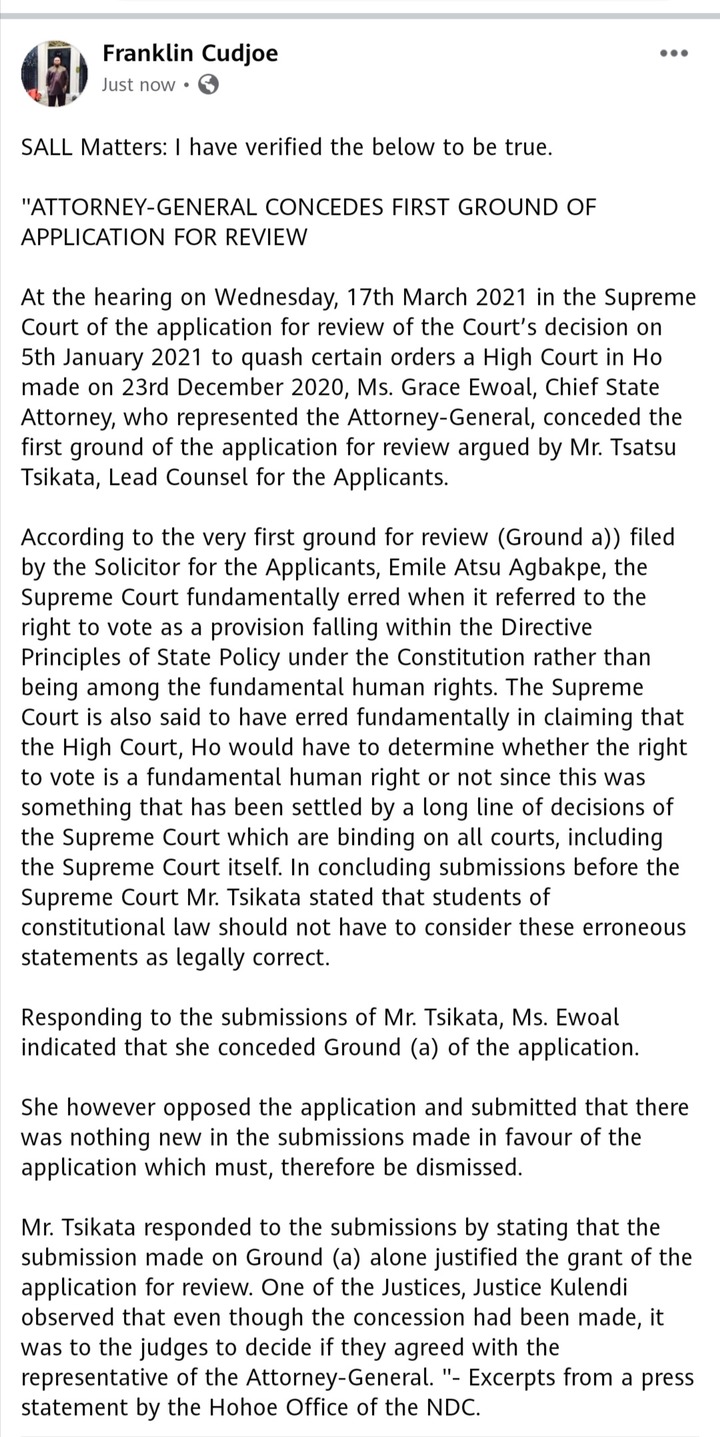 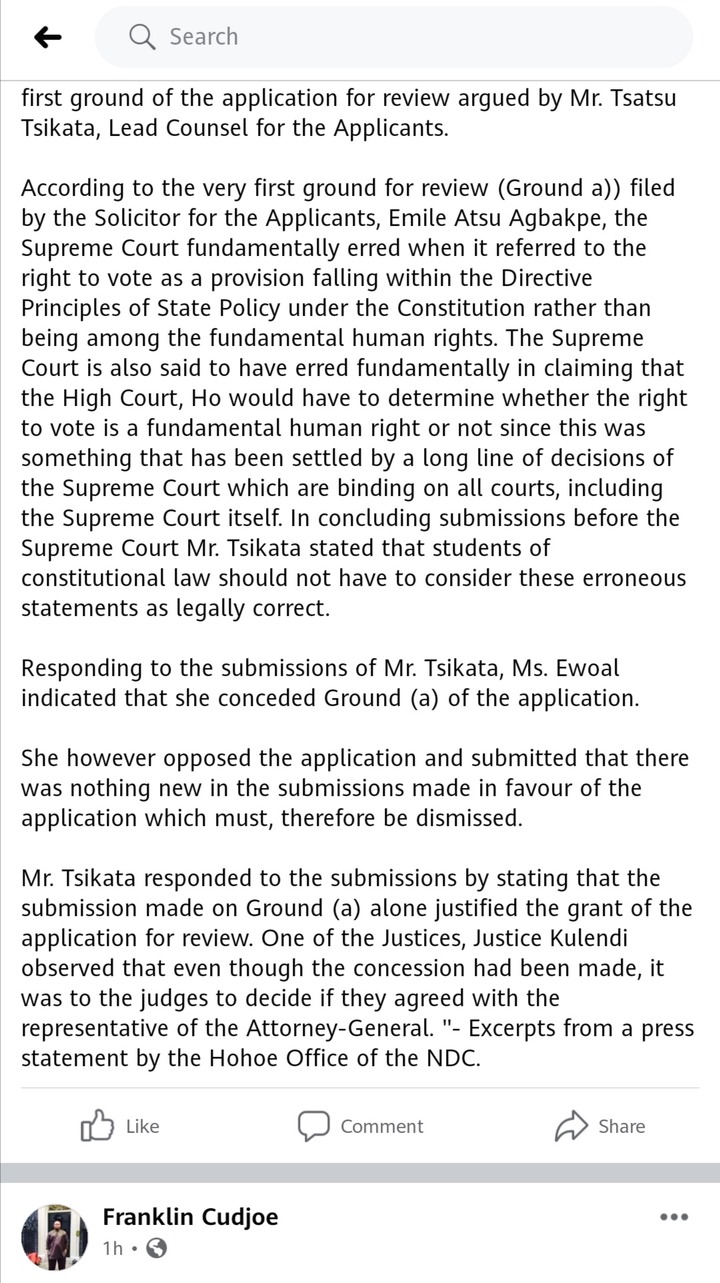