By Mavis-Love (self media writer) | 3 months ago 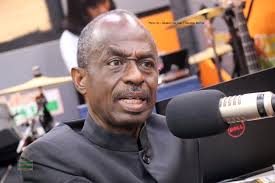 The General Secretary for the National Democratic Congress, Hon Johnson Asiedu Nketia and the entire NDC party has been throwing a lot of dust at chief Justice Anin Yeboah after election 2020 Petition in court and it has gotten many worried as to why NDC hate this honest judge like that.

Chief Justice Anin Yeboah has no problem with NDC until was appointed as chief Justice under NPP government and what worsen his hatred from NDC is the ruling on election 2020 petition which keeps Ghanaians wondering but the hard truth is that, NDC hate justice Anin Yeboah for a reason you don't know.

NDC's press conference today seems to direct their anger towards the chief Justice because of him asking the general legal council to investigate a lawyer who is associated to them but there's reason why they hate him.

In NDC's press conference today, Johnson Asiedu Nketia speaking said "let me state here and now that the National Democratic Congress stands with Dr. Ayine against what is increasingly becoming a campaign of judicial tyranny being waged by the Chief Justice of the Republic against lawyers who identify with the NDC" to warned chief Justice.

He went on to Criticize the Chief Justice for what he described as persecution against lawyers identified with the NDC.

"Indeed, the latest persecution of Dr. Ayine is part of a grand agenda by the current Chief Justice to intimidate, cower and muzzle all dissenting voices particularly those in NDC who dare to speak against some of the strange decisions that characterized the 2020 presidential election petition." 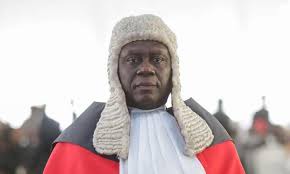 Aftermath of 2020 election petition, what is NDC saying about chief Justice?

Aftermath of 2020 election petition, NDC developed sense of humor explaining that chief Justice Anin Yeboah is associated with the New Patriotic Party because he did not give them a "fair hearing" in supreme court on their case against electoral commission of Ghana, and president Nana Akufo-Addo.

They also strongly argued that lawyer Tsatsu Tsikata laid all the facts and reasons that could prove a case against the electoral commission of Ghana but the supreme court led by Anin Yeboah turned a death ear to their case but that is not the reasons.

Do you remembered what happened in 2012 election petition?

In 2012 election petition, only some few judges voted in favor of election petition sent to court by NPP and president Nana Akufo-Addo then opposition party leader for NPP, and one of the judges who voted for re-voting in some polling stations in the country is chief Justice Anin Yeboah. This is one of the reasons why NDC hated him and thought he belongs to NPP party when there's no proof to hold him.

When chief Justice Anin Yeboah was named as chief Justice of the supreme court and was going through vetting process, Hon Samuel Okudzeto Ablakwa questioned him on why he did not vote against 2012 election petition and his answers given did not suit NDC party member and till now they keep saying that his response indicated that he belongs to NPP without proof again. 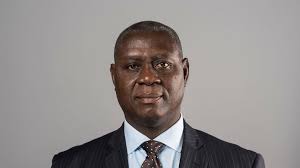 Kevin Taylor's allegations against some Judges before 2020 election petition hearing.

This is the whole reasons why NDC hated chief Justice Anin Yeboah but they're trying to link it to many things to achieve their target but they don't want to disclosed it in public. If people could remember, Kevin Taylor touched down in Ghana this year and told Ghanaians that "I heard President Nana Akufo-Addo is looking for me. Someone should tell him that i am leaving near to a judge who gave him money to campaign in 2016 election and that judge is sitting on 2020 election petition in court."

This allegations from Kevin Taylor has made the NDC supporters to strongly believe that Kevin Taylor is talking about a judge who is sitting on their case in court and they started pointing out fingers to chief Justice. Kevin Taylor later made another comments stating that chief Justice Anin Yeboah should save his image by not sitting on the case when the court hearing is about to start.

Kevin Taylor's action against chief Justice has made NDC to hate chief Justice but he did not provide evidence as he promised when he said he had an evidence of CCTV camera capturing Nana Akufo-Addo and that judge exchanging money in 2016.

My humble message to NDC party members and leadership is that they should let the court do what it pleases them about their Lawyers and they should stop attacking the chief justice wrongly and stop warning him.