All former Executives of the New Patriotic Party have been given a one-week ultimatum to return all properties of the Party in their possession to the respective Regional and Constituency executives.

The General Secretary of the Party, Justine Frimpong Kodua (JFK), in a Memo sent to the former Executives says the newly elected Executives have become ineffective due to the lack of logistics to carry out their expected mandate. 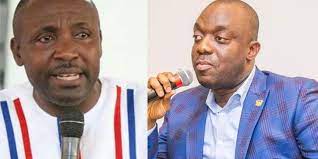 “The unavailability of the assets has rendered the newly elected executives of the party handicapped in the performance of their duties, which development is adversely impacting the conduct of the party’s activities, '' the memo read.

“As has been the norm, executives are permitted to use assets of the party but cannot assume ownership of the same upon leaving office”, JFK wrote in the memo.

The NPP in the middle of July, 2022 held a 3-day national delegates conference to elect new executives to steer affairs of the Party going into the next general elections in 2024. 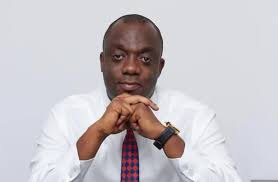 Nine new executives have been elected and have since been sworn-in to assume their role.

They include Stephen Ntim, elected as the new National Chairman of the Party, Justine Frimpong Kodua unseated John Boadu to become the General Secretary while Kate Gyamfua and Aziz Haruna Futa were retained as the Women’s Organiser and National Nasara Coordinator, respectively.

Tactics Used By Farmers To Grow Maize And Get Good Harvest