By Rasstingo (self media writer) | 1 year ago The Takoradi- Agona Nkwanta road in Western Region is in deplorable state, making traveling on that stretch annoying to frustrating. The road constructed in 2002 during the Kufuor administration has become a death trap to commuters who ply that route. From a mere manageable nuisance to a rather scary adventure.

The 25km stretch of road from Takoradi Kwame Nkrumah round about popularly known as Agip to Agona Ahanta is part of the N1 ECOWAS International trunk road that links Lagos-Lome- Accra- Abidjan.

The road located along oil equipment supply companies. The road keeps developing both minor and deep potholes and this does not end for those traveling to Takoradi, drivers have a hell time of being extra cautious.

The holes and ill patching at some portions make drivers who ply that stretch masters of swerving and dodging potholes.

One needs to be more than careful and attentively focusing on that stretch at night.

Many have not survived on that road, some due to reckless driving admittedly, but others have develop fault on their vehicles due to lack of maintenance on that stretch. 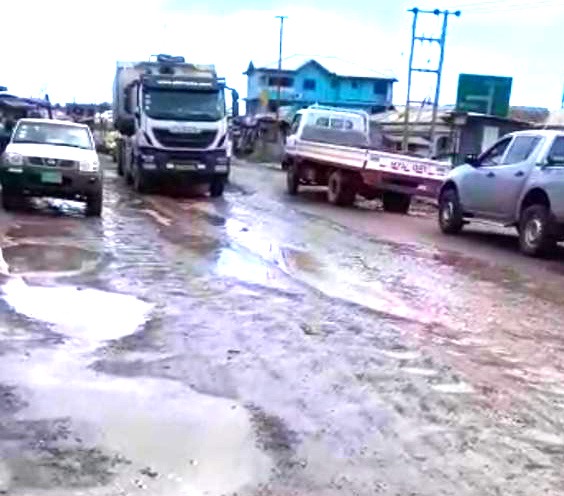 My question is why can't the Government rehabilitate the entire 25km stretch of the road?

During the 2020 budget, the government tagged this year as "year of roads",looking at the road to be rehabilitate, the Takoradi- Agona Nkwanta road wasn't captured.

Meanwhile this stretch of road carries everything good, bad, heavy or light to and from the Western part of the Region(West of Takoradi). Talk of industrial machines and equipment to and from the Takoradi Port, Cocoa from the Region’s hinterlands to the port, back in Ghana’s timber days every log from the now Western North used that road.

Heavy duty haulage trucks, and now Gas tankers to and from Atuabo all ply this road. About 80 percent of resources from the Region can’t avoid this road. Many of the residents hold this storm believe that the haulage of bauxite and Manganese sometime now blame for its deplorable state. Talking about the deplorable state of Agona Nkwanta- Takoradi road, part of Tarkwa Nsuaem road cannot left out, the contractor working on some portions of the road, Asabea Engineering and Construction Limited, Samuel Ofori Larbi has warned government over the neglect of the Tarkwa road.

According to Mr. Ofori Larbi, government would cause its own doom should it fail to avail funds for the completion of the project before the elections. The Tarkwa Nsuaem road links the Tarkwa township to Apeminanim in Ahanta west Municipal and Takoradi to the newly Western North Region.

The contractor working on that stretch indicated that the project despite it being a major road infrastructure in the Western Region has not been captured under the Ministry of Roads’ list of critical roads for the year.

The Tarkwa road has been a major political issue for this government. Several demonstrations have staged to get government reconstruct the road, yet nothing much has been done about it.

To be able to address these problem, kindly share and keep your comments coming

GPRTU reveals: We may increase transport prices by 15 percent; The government has been informed