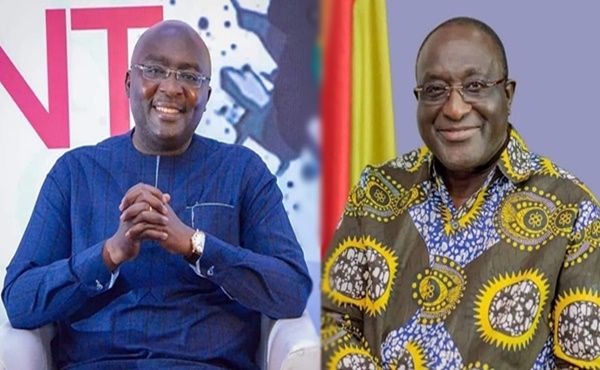 Minister for Trade and Industry, John Alan Kwadwoa Keyeremanten’s bid to lead the New Patriotic Party (NPP) as its presidential candidate for the forthcoming elections in 2024 is gathering steam with some bigwigs joining his camp.

Already, a group of NPP polling station officers, led by former Parliamentary Aspirant for Kpone Katamanso, Hopeson Adorye, have publicly thrown their weight behind his bid.

Aside from Mr Adorye and his team, there are also other leading members of the party who are seriously campaigning behind the scenes for Mr Kyeremanten to become the NPP’s flagbearer.

The list also include Kojo Oppong Nkrumah, Minister for Information, Patrick Yaw Boamah, MP for Okaikwei Central, Nana Dokua Asiamah Adjei, MP for Akuapem North and her husband, Charles Bissue, who works at the office of the president as well as Alhaij Mumin, the son of former Northern Regional Chairman of the NPP, Alhaji Salifu COP.

Apart from the names mentioned above, murmurings also suggest Kwame Mpianin and his brother Kojo Mpianin, who was the Chief of Staff for Ex-President Kuffour are also on the Alan team.

The New Patriotic Party have elected their executives from across the various levels of the party with the President candidate position the only slot left to be filled.

Several top members of the party have expressed interest in leading the NPP into the forthcoming presidential election in Ghana as candidates.

The main contenders so far are Dr Bawumia and Alan Kyeremanten with the likes of Kennedy Agyapong, Member of Parliament for Assin Central, and former Energy Minister Boakye Agyarko lurking in the shadows.