"Dress Like Me Next Time" ‐ Speaker Alban Bagbin Urges Caucuses 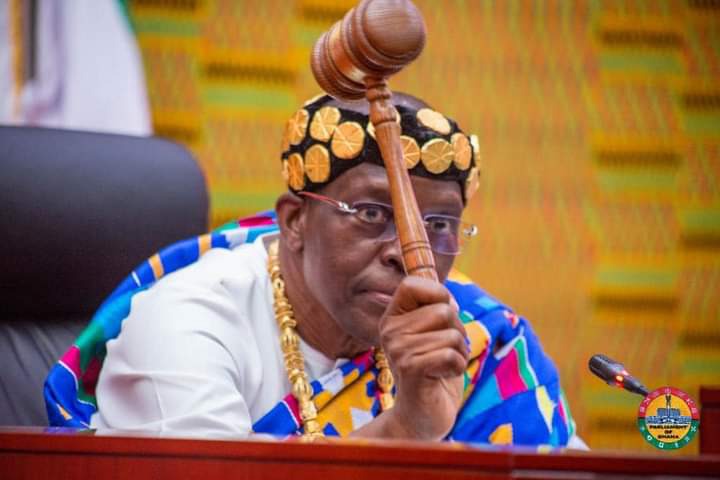 Whilst every Member of Parliament and the entire Ghanaian populace were eagerly waiting for the presentation of the controversial Electronic Transfer Levy (popularly known as the E-Levy), the speaker of Parliament, Right Honorable Alban Sumana Kingsford Bagbin diverted attention as he stormed the house dressed in a rather stunning traditional regalia pertaining to the Chiefs of the Volta Region.

Speaking on the floor of Parliament, Hon. Alban Bagbin said that he acted based on his pre-informed decision during the last sitting of the house to dress in other uniforms other than his usual robe and urged the members to do same to properly promote and represent the Ghanaian culture in the House.

According to him, his is imitating Ghana's first President Osagyefo Dr. Kwame Nkrumah who usually dresses in such manner for official functions. And it wouldn't be bad if all members of the House take a cue from his outfit.

This was transpired in the Parliament House today and the official page recognised it as follows: 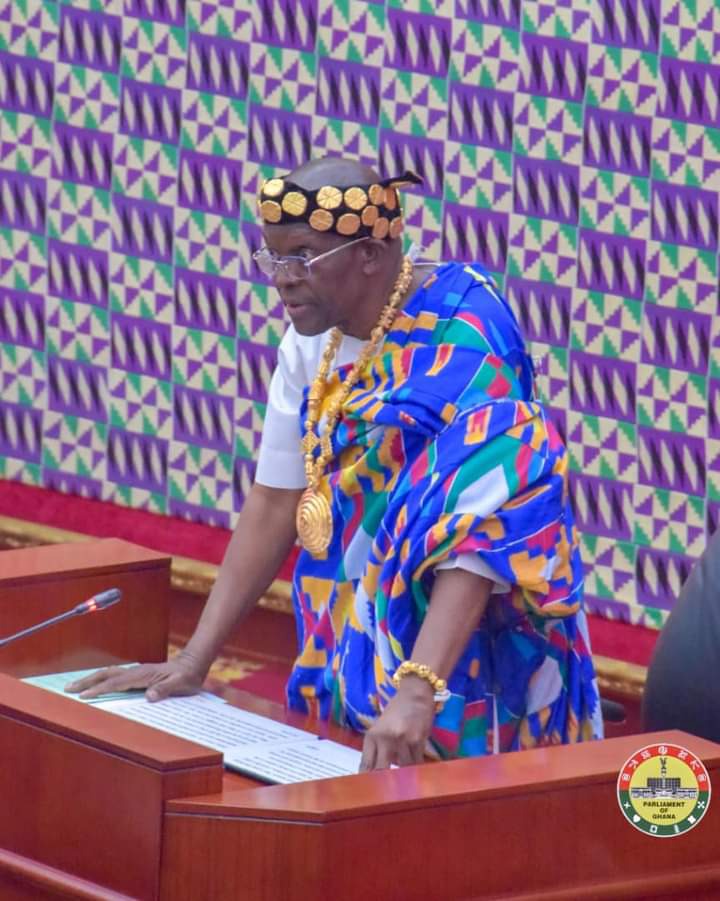 "The media, Parliamentary watchers and the public were anxiously waiting for the re-introduction of the electronic transaction levy, today, when Parliament resumed sitting. It turned out, the Rt. Hon. Speaker’s outfit rather got everybody talking. Speaker Alban Bagbin ditched his usual ceremonial outfit for a more indigenous wear from the Volta Region.

It would be recalled that before the House was adjourned for the Christmas Holidays, the Speaker announced that he would only be using the Speaker’s cloak for ceremonial occasions this year as part of his commitment to change the dress code and code of conduct of MPs. True to his words, at the commencement of proceedings today, the Speaker entered the chamber, clad in kente cloth over a white lace shirt and a black and gold crown and gold necklace."

In his official welcome to the House, the Speaker urged the Members to take a cue from his outfit and dress in traditional wear just like the first President of the nation, Dr. Kwame Nkrumah. “From now on I want to see our members appear in parliament decently adorned in traditional dress,” he said.