CEO and Owner of Joy FM, is a Committed Member of Bishop Tarkie-Yarboi's Church. PICS

By TommyO'Dell (self meida writer) | 21 days

Kwasi Twum is Chief Executive Officer of Multimedia Group and is best known for starting the first privately owned commercially run radio station, Joy FM. The parent firm of Joy FM, is the Multimedia Group, which is a media conglomerate, established in 1994 and currently operates six major radio stations namely Joy FM, Adom FM, Asempa FM, Hitz FM, all in Accra, with Luv FM and Nhyira FM based in Kumasi. The firm also has a huge online presence with six news websites and a satellite television network (Multi TV). 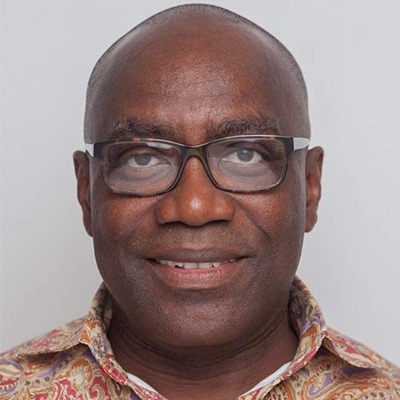 In 2010, he was honored by the Ghana Journalists Association (GJA) for his contribution to the growth of the media. Kwasi has been voted by PriceWaterhouseCoopers’ as one of the top 10 CEO's in Ghana consistently since 2008 and in 2012 recognized as the Sixth Most Respected CEO in the country. Kwasi holds a BA (Hons) in Economics from the University of Ghana and is an alumnus of the Harvard Business School.

Kwasi’s radio stations and TV stations reach an estimated 15 million people across Africa. After launching a new satellite TV called Multi TV in 2009, the satellite TV is reaching towards a 20 percent market share in Africa and is gradually increasing its viewership rate to 10 million viewers. Multi TV in Ghana is currently a major competitor to DSTV (the largest satellite TV provider in Africa) since it has adopted a strategy of being affordable and accessible to the masses who can’t afford the ever expensive DSTV. It therefore provides a better alternative for the soaring low and middle income earners in Africa. The company has sold over 5 million Digi box Satellites and is paving the way for free to air television. His known personal fortune got a boost after Times Media acquired a 32.26% interest in Multimedia for $14.6 million. The South African Media giant operates a TV channel, Business Day, Newspapers, Financial Mail and Sunday Times and is listed on the Johannesburg Stock Exchange.

Whereas many know him for his business leadership and strategy, very little is know about his spiritual and religious life but this is what I have found out so far. He is actually a born again believer, actively planted in one church, where he can be seen literally every Sunday, coming to church with the family. He is also a known financier of the church, as he is obviously a blessed man, owning well to do and prosperous businesses and according to GoodMan AMC, he was worth as much as $110 Million, some 5years ago.

Kwesi Twum is a member of the Victory Bible Chapel International and has been sitting under the ministry of Bishop Tackie-Yarboi for years now. This came to light, when his organization celebrated its thanksgiving anniversary at the branch of the church where he fellowships every Sunday and the occasion was graced by the church's President and his spiritual father, Rev. Tackie-Yarboi.

Rev. Tackie-Yarboi shared personal stories of his resolve and exceptional leadership skills, which he believes have contributed to the firms resilience and progress, whiles sharing on how Mr. Twum has consistently shown his daily commitment to God and his church, for over a decade now.

Mr. Twum on the other hand, expressed great gratitude to the hand of God, which has guided him in all his endeavours and prayed that, God will continually lead him and prayed for the continues prayer support from the top members of the clergy, who have been supporting him spiritually for a long while now. 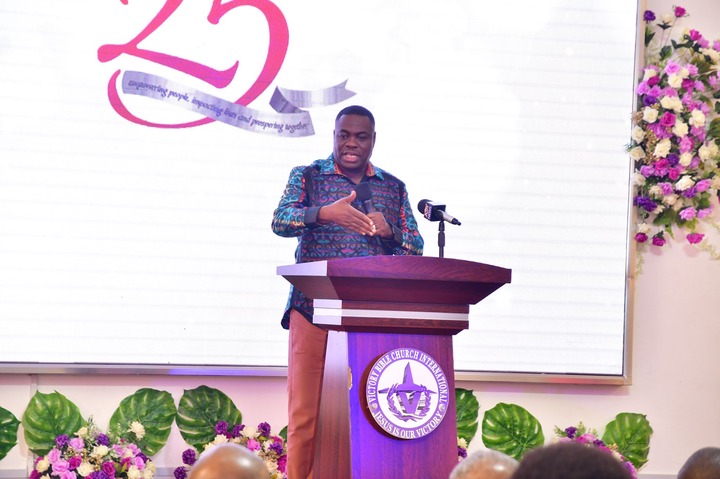 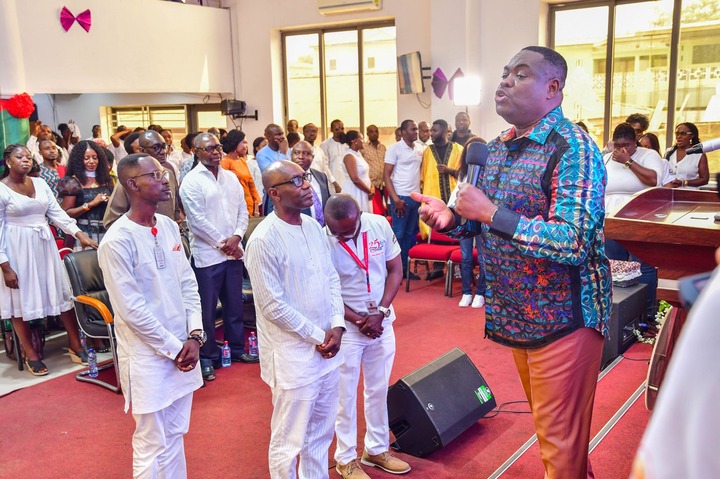 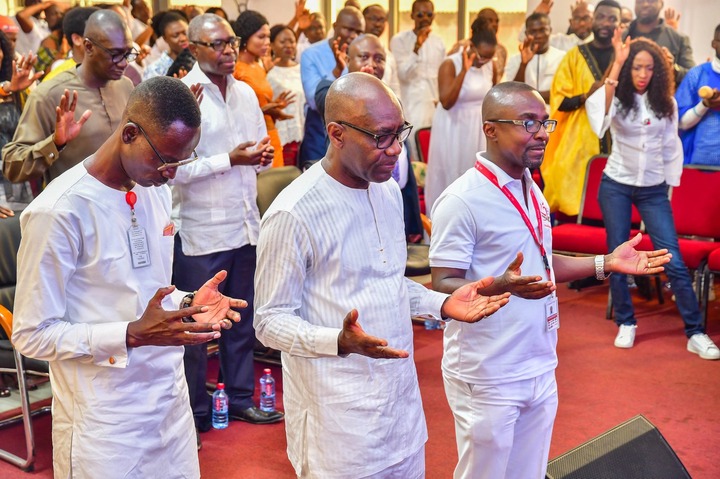 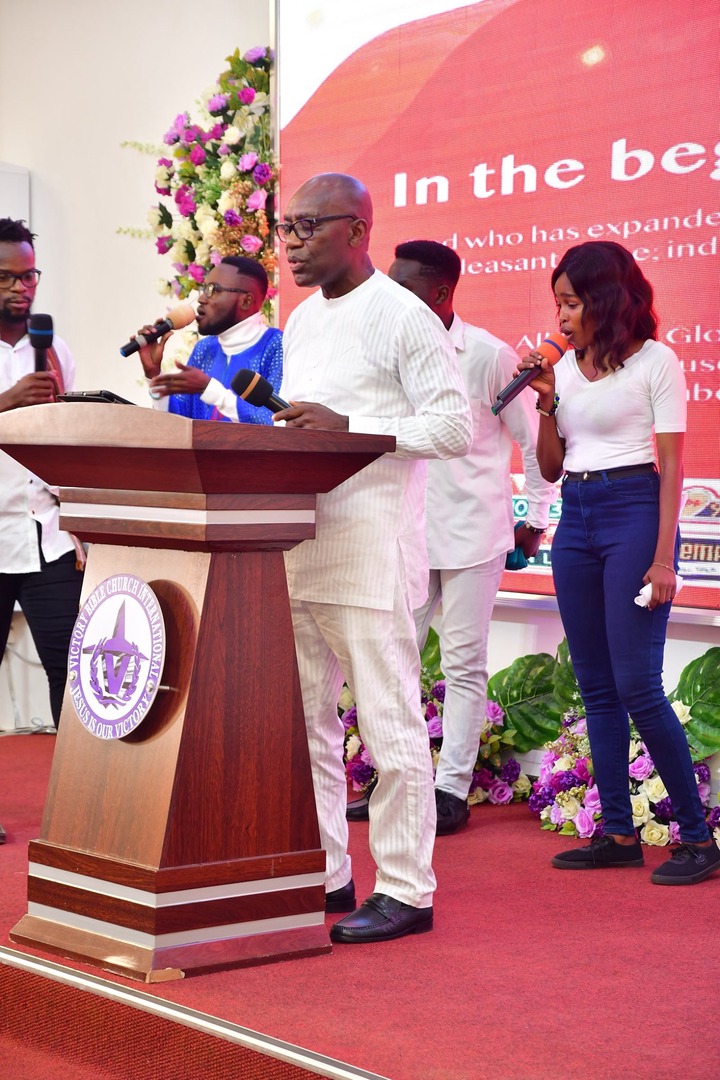 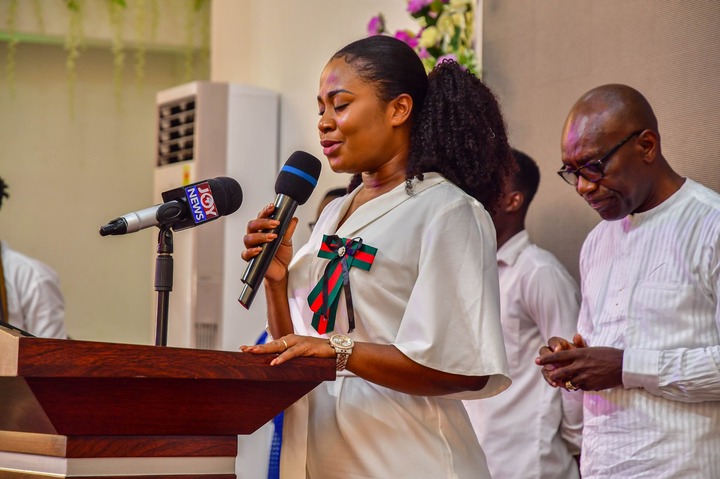 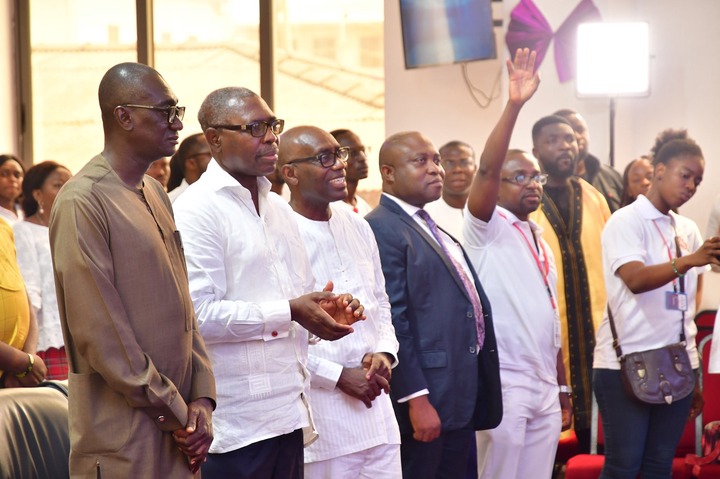 To show his heart of generosity, some few years ago, CEO of Multimedia Group Major Kwesi Twum (rtd) and siblings had built a new classroom block for New Ningo D.A. Primary B School at Ningo in the Greater-Accra Region of Ghana to honour the memory of their late mother Manye Nueki Carboo. The classroom infrastructure includes an ICT lab, restrooms, staff room, 2,500 water storage polytanks and a storeroom. and was commissioned on the birthday of the late Manye Nueki Carboo, where a bust was unveiled, built in her honor.

The project was significant in a number of ways, as some 17 odd years after the primary school building was commissioned by an NGO, it was never complemented with a junior high school block. Head teacher of New Ningo D.A. Primary B School Mrs. Patience Osei Poku had explained that, this meant students graduating Primary Class 6 had to look elsewhere for junior high education. Mrs. Osei Poku expressed gratitude to Major Twum and his siblings for helping to address this “major challenge” facing the school.  She had also noted that the new school infrastructure was going to help teachers monitor the development of students and would also serve the educational needs of surrounding communities and notable witnesses of the commissioning included District Director of Education Ms. Matilda Quartey, parents of students and chiefs of Ningo and surrounding communities. 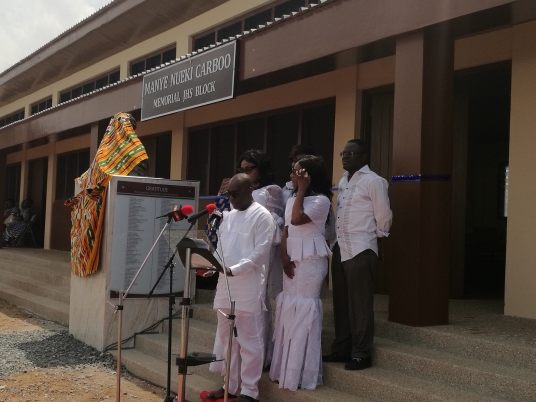 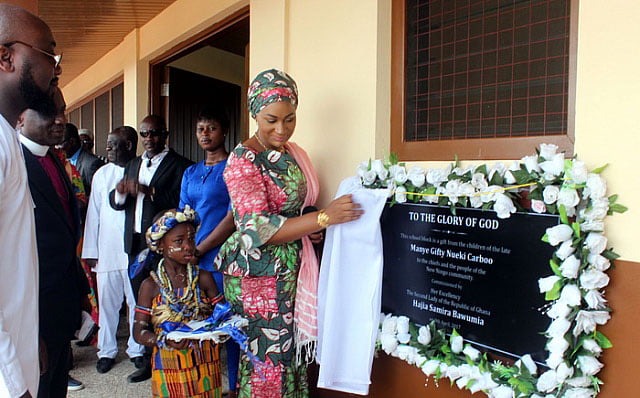