By Ferdinandnews (self meida writer) | 1 months 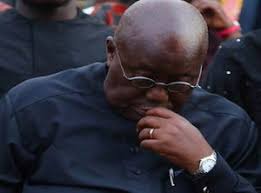 Ghanaians find this news from the camp of the President totally absurd and deceiving. The President of the land, His Excellency Nana Addo Dankwa Akufo-Addo during the just ended 2020 elections capitalized on the supposedly free water and electricity he provided for Ghanaians to campaign against the flag bearer of the biggest opposition party, Ex President John Dramani Mahama.

In all the nation addresses that he delivered, there was not a single sentence from his speech which suggested that Ghanaians will enjoy these freebies and paid later. When the Coronavirus pandemic took Ghanaians by surprise and forced many people to stay home, we were all looking forward to some relief packages from the President. So when he announced for free water and electricity for three months, Ghanaians hailed him for showing leadership qualities and concern, not knowing it was a total deceit. 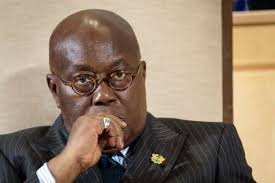 The most annoying thing about this 'fraud' is they used it in their campaign. They erected billboards and signboards telling Ghanaians that, "Nana gave me free water when I needed it most to keep me clean and safe from Covid-19, I am voting for Nana". This was a typical example of luring Ghanaians for votes knowing very well that we will pay for it later.

Take a look at this campaign image of President Nana Addo Dankwa Akufo-Addo in 2020 before the December 7th elections. This guy in the image below will be disappointed to know that the free water advert he created for the President was not actually free. Just look at how Ghanaians were excited capturing what the President have done for them for remembrance. Imagine how furious these people will be now. 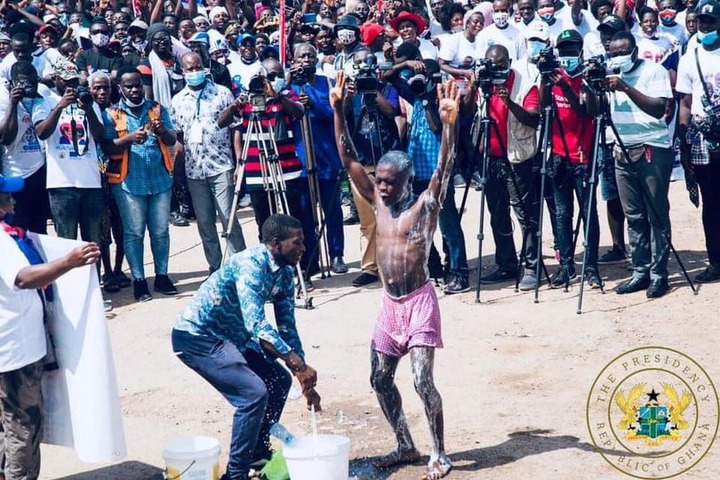 The sad thing was Ghanaians were not aware of this issue until yesterday when the Member of Parliament for Ofoase-Ayiribi Constituency and current Minister for Information, Kojo Oppong Nkrumah, through a live TV interview, was forced to tell the truth that the free water and electricity was not actually free.

According to Joy TV news, Kojo Oppong Nkrumah said that, "It was free to the people of Ghana at the time. When we say free electricity it doesn't mean the Independent Power Producer (IPP) is also going to say that because the President has said free electricity I won't charge for it. But that 19 billion cedis has to be paid for at some point, the liabilities we have incurred has to be paid for". 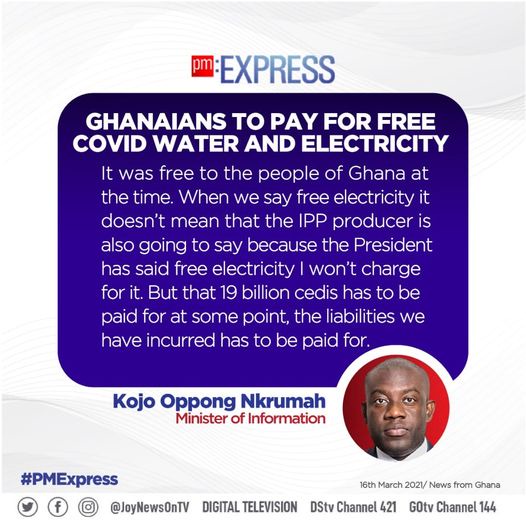 All the comments from Ghanaians yesterday about this issue was neither about the New Patriotic Party (NPP) or the National Democratic Congress (NDC) but the propaganda approach of President Nana Addo Dankwa Akufo-Addo deceiving the Ghanaian people using free water and electricity to lure for votes. Check some Facebook reactions from some Ghanaians about this issue below:

Emmanuel Yirviel said that, "This be nonsense. Is not all Ghanaians that enjoyed the package so why tax all for what some few people enjoyed. We have people at places drinking from the same source of water with animals and yet these people will be taxed? This is an insult". 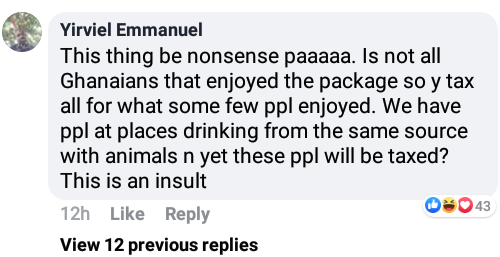 Bra Atta also said that, "When you have super incompetent fake human rights lawyer leading a nation without brains, this is what happens because Mahama advised them but they didn't listen, criminal government. #Justice for Menzgold victims".

Menny Pitters added, "Mr. Minister, you see why there was huge uproar when your approval went through successfully. 1000 Ghanaian workers salary equal to your monthly allowance and yet you want us to pay including your poor constituents? God is watching all of you. Water is a very essential commodity hence we'll pay. Thank you". 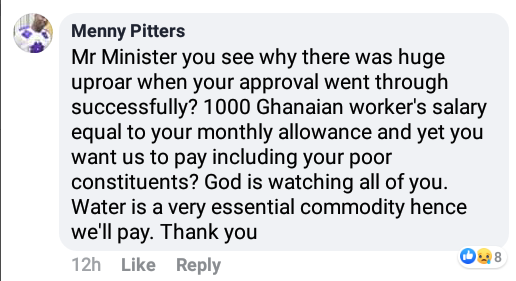 Chris Atta, "In a nutshell, the free water was not free but a political campaign promise to lure us for vote. Ghanaians over to you. The have deliberately refuse to increase public sector workers salary and now decided to introduce new taxes. Whiles majority of Ghanaians are suffering. God have mercy".

These reactions from Ghanaians indicate that, the are grieved and disappointed by the deceiving approach of the President and Nana Addo Dankwa Akufo-Addo must use the same medium used to announced the free water and electricity to retract his statement and render unqualified apology to the good people of Ghana. Ghanaians deserve respect and honesty.