By Still_Unbeatable (self meida writer) | 5 days

Yesterday Captain Smart got everyone listening when he said his silence period was over and that he was ready to fight in the mud with Kennedy Agyapong. He mentioned that people had impressed on him earlier on to be quiet but he feels that the time is now right and he will reply Kennedy Agyapong for all that he has said about him.

Kennedy reacted later on when he said that he has information that Captain Smart and Abeiku Santana have been sent to intimidate him and that he knows how to deal with them. Today, Tuesday, July 20, 2021, Captain Smart returned on ‘Onua Maakye’ with more fire. According to him he expected a fierier response from Kennedy Agyapong and not that lame response. He explained that he had promised to deal with Kennedy today but for the sake of Eid ul Adha he will hold on with that.

Captain however left viewers and listeners with something to think about. According to him, Kennedy Agyapong should tell Ghanaians who he sent him with money worth 2000 cedis to. 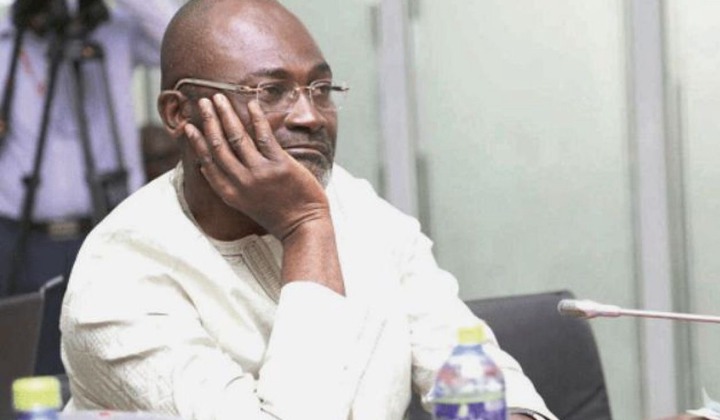 “Kennedy Agyapong, I greet you. I am on you. Come and tell Ghanaians why you sent me with 2000 cedis in an envelope and where you sent me to. Yesterday you were joking saying that we have been sent to intimidate you. Aside this year the last time I saw Abeiku was in the 2015. We hardly talk. Today is for our Muslim brothers so I will forgive you. I would have grinded you like pepper today. I was expecting you to respond, but tomorrow I will show you something” Captain Smart said.

The coming days will be interesting. Many are monitoring to see what will emerge from this battle of investigative personalities. They all surely have secrets and one is bound to lose in the end. Both claim to be corruption crusaders. However, there are many questions and controversies surrounding them. It is interesting to know that both also belong to the same political party.