Man who tried to stab/assassinate Malian President in the mosque is dead. 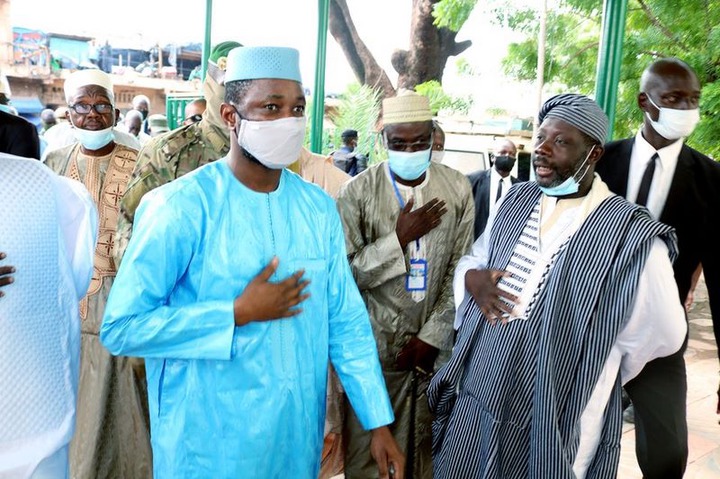 On the eve of the joyous Eidul Adha, whiles the President of Mali was in the mosque for prayers in the Grand Mosque of Bamako, a young man tried to stab him with a very sharp knife in the neck.It may be recalled that, the assailant and deceased whose identity was not revealed rushed towards the Malian President during the Eid al-Adha prayer in Bamako, Mali. Luck eluded this assassin and was overpowered and arrested.

During the investigations and whiles in prison, his health deteriorated. He was admitted to the Gabriel Touré University Hospital, then to the Point G University Hospital Bamako. He has unfortunately reportedly died. The government said in a statement and was read on public television ORTM.

The statement indicated that, an autopsy was immediately ordered to determine the causes of his death because many people have raised suspicion on this. Colonel Goïta, author of two coups in less than a year, including the one that overthrew President Ibrahim Boubacar Keïta on August 18, 2020, was immediately supported by his bodyguards who overpowered the attacker. He survived the attack unharmed.

The perpetrator who is a young-looking man wearing jeans and a white shirt, was apprehended and taken away by the State Security, the Malian intelligence services. An investigation was opened "for attempted assassination and undermining state security," according to the authorities.- "Not an isolated element". The suspect was not presented at any time to the judicial authorities, a judicial source who requested anonymity on Sunday evening.

The government recalls, however, that his death does not prevent the continuation of the investigation already underway at the level of the Prosecutor's Office of the commune II of Bamako, especially since the first clues were collected and information gathered indicate that it was not an isolated case.

The country is very unstable politically and in a situation of multifaceted violence since 2012. When you are a leader, there are always unhappy people, there are people who, at any time, may want to try things to destabilize and try isolated actions. Afew hours after his attack, Colonel Goïta, saying he was very well.

France, through its embassy in Bamako, had condemned "the attack", a "shocking act that occurred on a special day of peace and tolerance". Paris called for "serenity for the continuation of the transition until its end.

The violence in Mali, which began with independence and then jihadist rebellions in the north, then spread to the center and south of the country, combined with inter- community conflicts and criminal attacks in areas where the influence of the state is very weak.

The phenomenon has spread over the past several years to neighboring Burkina Faso and Niger, where groups affiliated with al- Qaeda or the Islamic State organization also operate. Bamako, usually relatively compared to the rest of the country has seen a few jihadist attacks since 2015 and has been the target of two coups in less than a year. The latest, in May, was led by the same colonels, led by Colonel Assimi Goïta, as the August 2020 coup, and resulted in his inauguration as transitional president.

The military has had a significant control of power. But both Colonel Goïta and the new military-appointed government have pledged to return control to civilians after elections scheduled for February 27, 2022.