By LordcelibateMedia (self media writer) | 3 months ago 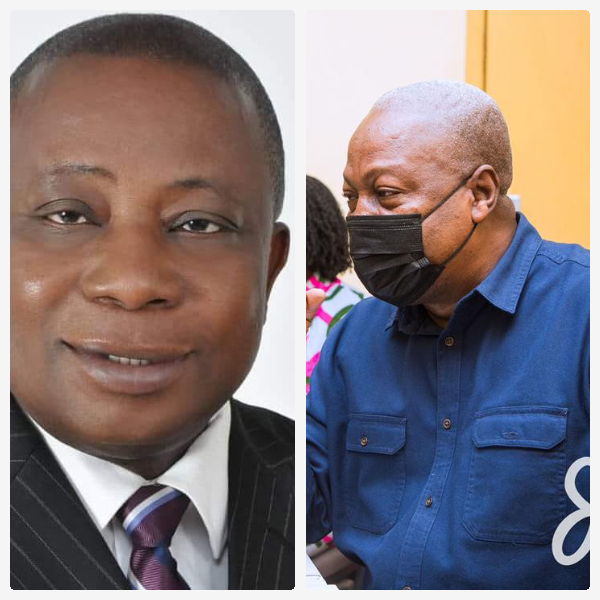 The Health Minister Kwaku Agyemang Manu broke silence on the statement of Former President Mahama during his thank you tour at the Upper West Region. He listed projects passed on from the President John Mahama led Government, which the New Patriotic Party (NPP) continued and Finished it. 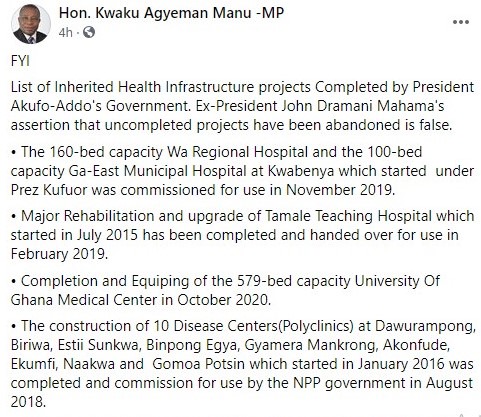 Again, Tamale Teaching Hospital has been successfully rehabilitated and in full operation from 2019 till date. The University of Ghana Medical Centre of 579-bed capacity has also been equipped and completed for use since 2020. 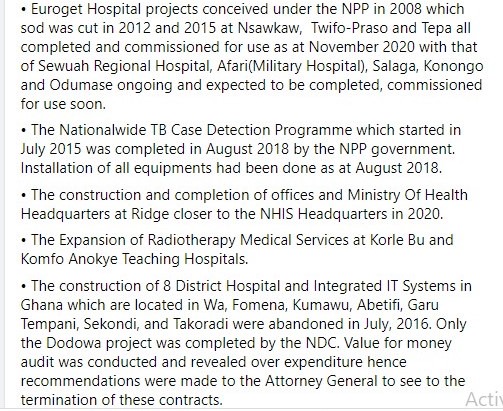 In addition, he said they have completed the building of offices for Ministry of Health and the Head office at Ridge near the National Health Insurance Scheme (NHIS) building. There is also an expansion of Radiotherapy Medical Services at Korle Bu and Komfo Anokye Teaching Hospitals, and several other projects.

“The construction of 8 District Hospital and Integrated IT Systems in Ghana which are located in Wa, Fomena, Kumawu, Abetifi, Garu Tempani, Sekondi, and Takoradi were abandoned in July, 2016”, he stated.

The Minister revealed that, the only project Former President Mahama completed was the Dodowa hospital. He said there are challenges with the project and needs to be done legally. Follow me for more on this issue.