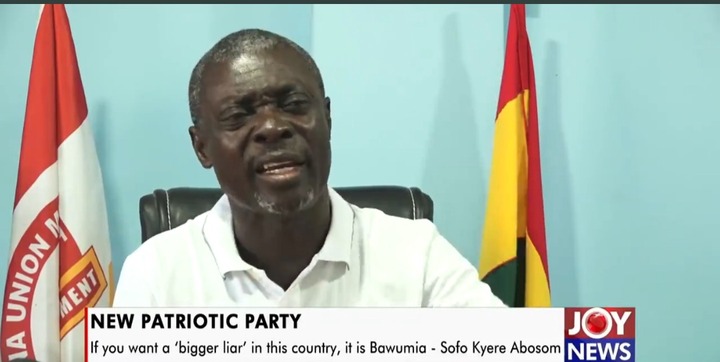 Sofo Kyere Abosom has been trending for the past few days for his comments regarding the government. Most prominent about the comments was his feisty views about Vice President Dr. Bawumia. It can be recalled that the man of God who placed 3rd in the 2020 elections was a strong supporter of President Akufo-Addo until the last election when he fell out with the party.

According to the Fire TV owner in his latest comment, Dr. Bawumia is the biggest liar and his words cannot be trusted. He went on to say that the both Alan Kyerematen and Bawumia have nothing to offer if they are to lead the NPP.

Tonight, Monday, June 14, 2021, Sofo Kyere Abosom joined granted an exclusive interview to Kevin Taylor on ‘With All Due Respect’. Kevin asked him why he chose to call Bawumia a liar.

“He made a lot of promises and yet nothing was done. The one that pained me the most was when he told the people of Cape Coast that he will build an airport for them. He keeps on lying to Ghanaians. I will be lying if I told you I never believed in the NPP. I believed in Akufo-Addo because we thought he will fulfil his promises. For Akufo-Addo I don’t blame him mush. His appointees failed him.

However, for Bawumia he is a big liar. He the biggest lair the country has seen. You see in life people speak and later acknowledge they failed, but for Bawumia he doesn’t change his words. His lies are big. All he does is to lie” Sofo Kyere Abosom said. He went on to throw harsh words at former president Kufuor for his comments regarding Nkrumah. According to him Kufuor had no right to chastise Nkrumah. 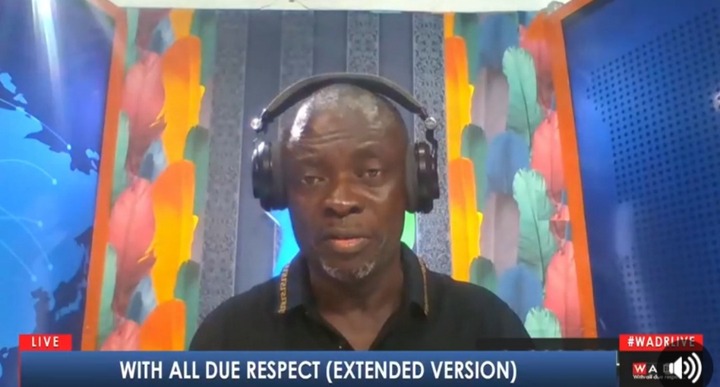 “I am disappointed in Kufuor in his latest comment. He doesn’t know what he is talking about. I believe he is a grown up and probably his mind is also not stable. If they had continued what Nkrumah started there would be no dumsor today. He should just shut up” the man of God told Kevin.