By BraimahAbdul-Latif (self meida writer) | 19 days 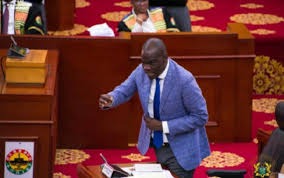 They have been a series of controversies with regards to the leadership of the minority in parliament about the approval of ministers of the Akuffo Addo administration. There has been so many criticisms on the leadership of parliament especially the minority leader and then minority chief whip with regards to the approval of the information minister and the minister for fisheries.

This issue sparked in the course of the week over the approval of the finance minister, Mr. Ken Ofori-Atta especially when The North Tongu MP, Samuel Okudzeto Ablakwa who is also a member the vetting committee of parliament resigned.

Whiles many people believe that the leadership of minority in parliament have been bribed, the minority leader believes that the decision the vetting committee has been in accordance with the 1992 Constitution of Ghana. 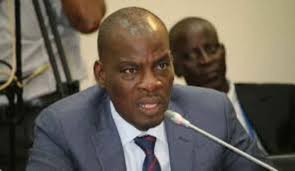 He argued further that appointment committee especially the minorities side has interrogated the nominees meticulously as stipulated by law.

Mr. Iddrisu stated that they have done their best at the committee level to scrutinize the appointees of this government.

“At the Appointments Committee, we have endeavoured to scrutinize the Ministerial nominees of President Akufo-Addo and to subject them to the minimum test of the Constitution and other requirements of law," he says.

Crossing to his constituency joy news there have been many calls for the minority leader and a minority chief whip to resign from their positions. Whiles others believed that there is nothing wrong with the decision they have made.

Content created and supplied by: BraimahAbdul-Latif (via Opera News )