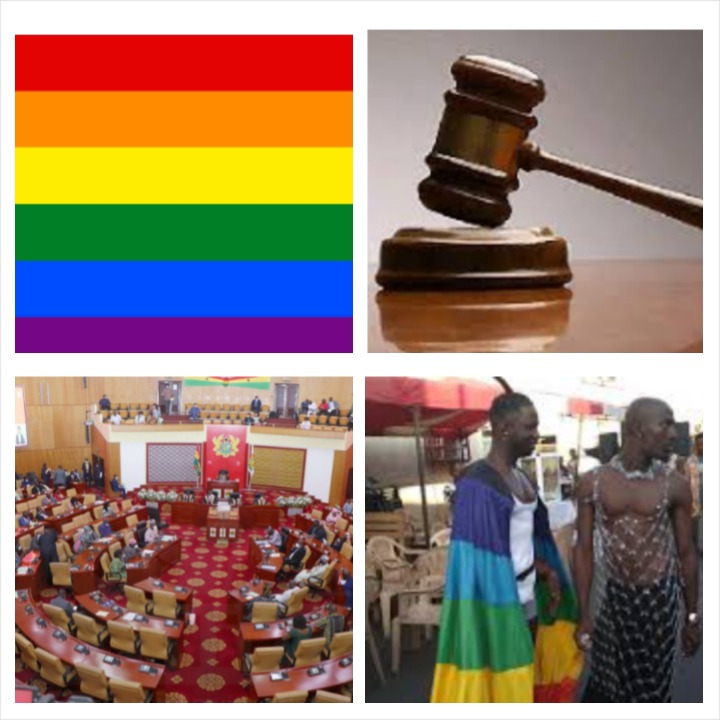 The Parliament of Ghana through its Constitutional, Legal and Parliamentary Affairs Committee has kickstarted its hearing agenda on the sensitive and controversial LGBTQI+ today.

The Lesbian, Gay, Bisexual, Transgender, Queer, Intersex and many other things relating to sexuality has gathered momentum among nations. Whiles certain countries stands strongly against it, others have thrown their support and weight behind the LGBTQI+ of late 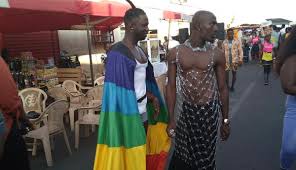 The Public hearing in respect of the promotion of proper Human Sexual Rights and Ghanaian family values Bill 2021 on Thursday, 11th November took place as at 10:00 am at the Justice D.F Annan Auditorium and its expected to end at 4:30 pm today 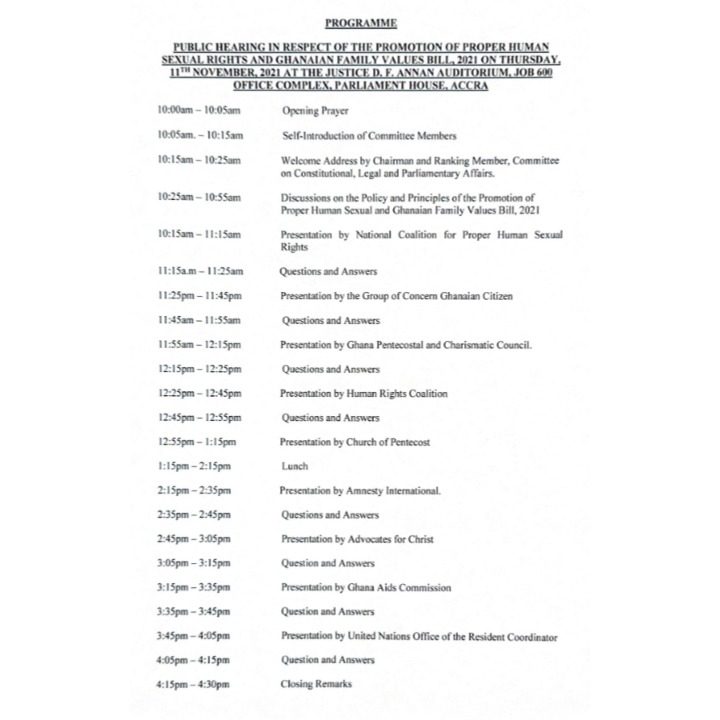 Few weeks ago, the LGBTQI+ became a general topic for discussion in Ghana as religious organisations, groups, individuals registered their displeasure and total total dissatisfaction towards the LGBTQI, an issue that is deemed unacceptable per the laws in the Bible, Quran etc.

A lot of memoranda have been submitted to the Parliamentary Affairs Committee favouring the passage of the anti-LGBTQI+ in the country.

The anti-LGBTQI+ bill is looking forward to criminalized perpetrators and all individuals who involves in it and put before the court for the necessary jail term per the provisions of the law. 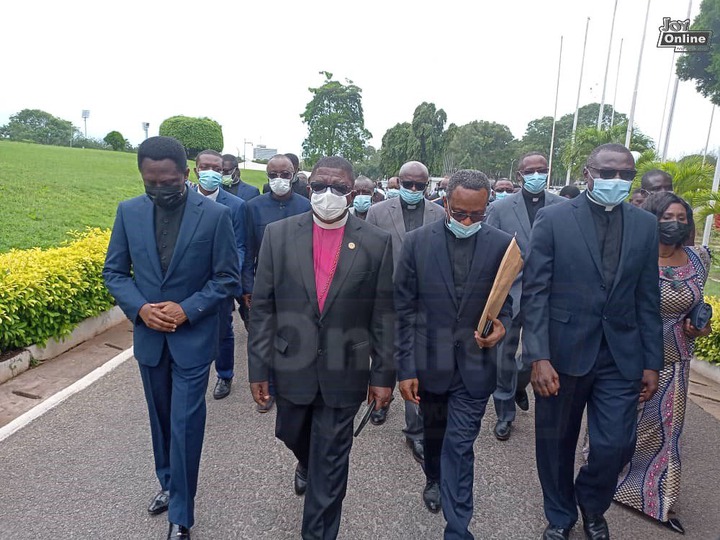 One of the popular Member of Parliament for Ningo Prampram, Honourable Sam George has raised the bar higher and received a lot of praise from Ghanaians for the supporting of the passage of the anti-LGBTQI+ bill that could criminalise such agenda 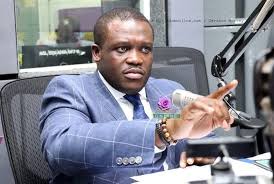 One of the ranking members of the Constitution and Legal Affairs Committee of Parliament, Honourable Ben Ahiafor said emphatically that at least the memoranda presented before the Committee was going to tackled at least 5 memoranda on a daily basis and below is his words;

"It memos is now ranging between 140 and 145. We are in to listen to everybody, we want to do a good law for Ghana, and so we must be patient and go through the rudiments of the game.

We are making a law and we need to look at the law from a long term perspective, not to rush into making the law and have the particular law amended later" he lamented.

Ghanaians are all looking up to hear good news when the anti- LGBTQI+ bill is passed to do away with such forbidden practice that brought destruction to Sodom and Gomorrah in the Bible.