The NPP and NDC are not The Same - Kevin Taylor.

By KinXamGH (self media writer) | 2 months ago 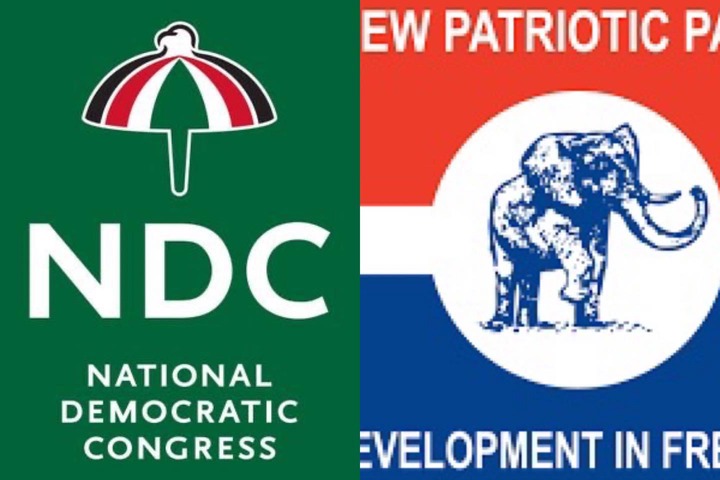 Do you know that in the 4th republic, almost every single Mega state investment serving its purpose now, from hospitals to Universities, roads, etc was done by the NDC?

Have a look at these few projects and make your own judgment as to whether the NDC and NPP are the same.

2.New Ridge Hospital was done by the NDC

3.UGMC was done by the NDC

4.Maritime Hospital was done by NDC

5.The Bank Hospital was done by NDC

6.New Shai Osudoku hospital was done by the NDC

7.Wa Regional Hospital was done by the NDC

8.Tepa, Konongo, Fomena Hospitals were done by the NDC

I have not mentioned the many hospitals under the euro get projects Former President Kufuor never secured funding for which were built by the NDC when they took over in 2009.

9.University for Development studies Was done by NDC

10.University of Allied Health Sciences was done by NDC

11.The University of Energy and Natural Resources was done by NDC

12.The University of Environment and Sustainable Development was done by the NDC

14.Kotoka Terminal 3 was done by the NDC

15.The Kumasi Airport facelift was done by NDC

17.Ho Airport was done by NDC

18.Wa Airstrip was done by NDC

20.Takoradi Habour Expansion was done by the NDC

24.Ameri and Karpower barge were done by NDC

25.Komenda sugar factor was done by the NDC

26.Kejetia Market was done by the NDC

27.Kotokuraba Market was done by the NDC

I have not listed the 200 E-Blocks and the over 1000 CHPS compound and the many satellites Markets in many other districts in Ghana.

The numerous Polyclinics and other life-changing health centers.

If you look at projects like the Atuabo Gas plant, Kotoka Terminal 3, Tamale and Kumasi airports, Tema and Takoradi Habour expansions, Kejetia and Kotokuraba markets, Ameri and Karpower plants are all revenue-generating investments the NDC made for Ghana

Today, these investments are bringing in billions of Cedis in revenue to Ghana.

When it comes to rural electrification, the 16 years of the NDC under the 4th republic has seen more communities, towns and villages getting connected to the national grid than that of the NPP’s almost 16 years.

Of the over 500 billion cedis Akufo Addo and Bawumia have borrowed, show me just one national projects they have started and completed that is well-positioned to pay for itself.

When John Mahama had 200 million dollars, he used it to build Seglemi housing projects which the NPP now want to sell to themselves.

With 400 million dollars, Akufo Addo is building a cathedral after demolishing new houses built for judges.

Every single thing the NPP criticized Mills and Mahama and Amissah Arthur about, they have done the worst.

If it is about borrowing, they have borrowed more than any other government in the history of Ghana.

If it is about corruption, the worst corruption perception rating John Mahama had by transparency international, is still better than Akufo Addo’s best rating.

You may not like the NDC because of your tribal orientation but the fact is a fact that in Ghana’s history especially in the 4th republic where the two leading parties have all spent almost 16 years each in power, the NPP has proven to be the worst spectacle in these period.

The NDC is not a party of saints and obviously, when they are in government they have their problems but every reasonable person knows, even amid their shortcomings, they always deliver on the core things that bring progress to Ghana.

The NPP has been around even before the independence of Ghana in 1957.

They have only had a series of changes in their name and leadership but their motive has remained constant which is to always derail Ghana on its progress paths.

Adu Boahen and the Kufuor click reigniting the NPP in 1992 was not because they have anything useful to offer, but it was because they were Akans who didn’t like the idea of Jerry Rawlings and Ewe man taming almost all of them at the time.

The new generation of the NPP which came about in 1992 was never for development but was purposely set up just to counter the dominance of Rawlings who was an ewe man.

It is the reason for almost the 16 they have spent in power, you cannot point to a single monumental project they have done that will serve generations to come.

For them, it has always been about sloganeering and no practical solution.

How then do you label the NPP and the NDC as the same after all the aforementioned evidence?"

Content created and supplied by: KinXamGH (via Opera News )