By DBright (self media writer) | 29 days ago 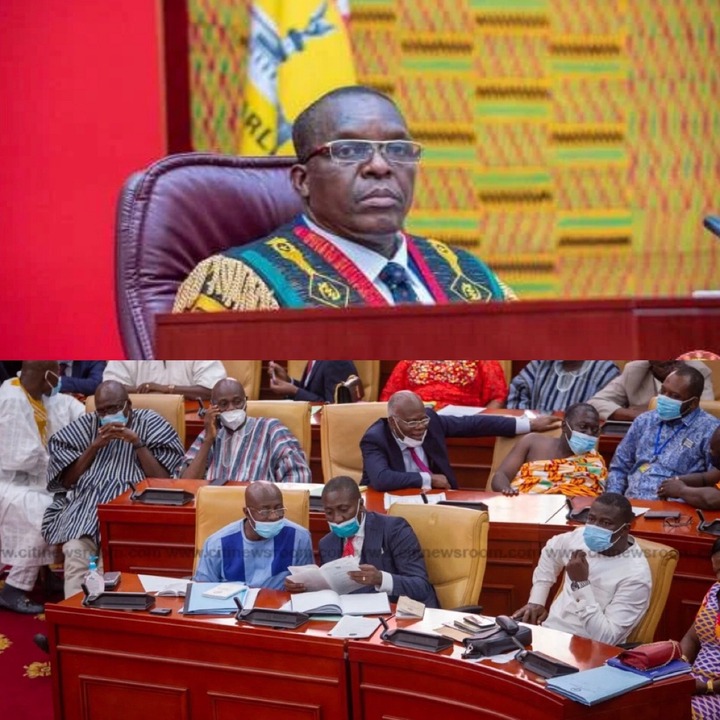 The recent circulating news that has caused a massive stir, debates, and arguments across all social media platforms was when the renowned majority chief whip finally came out to clear the air over another Ghc 25 million which has been deposited into the accounts of parliament.

Not long ago, the speaker of parliament, Alban Bagbin boldly came out to reveal that, parliament was broke under the Akufo Addo administration hence, the finance minister, Ken Ofori Atta should come out and explain the alarming issue amongst others.

With respect to this, the majority chief whip, Annor Dompreh has finally come out to challenge the speaker of Parliament, Alban Bagbin’s claims aside setting the records straight as to whether parliament is truly broke or not under Akufo Addo’s administration.

Speaking in a recent press briefing, Annor Dompreh revealed that, parliament isn’t broke as highlighted by Alban Bagbin and hence, the needed revenue required to run the affairs of the house has already been deposited in parliament’s accounts and the speaker would have been notified if he was patient enough before his declaration.

“They all the processes involved. The releases had been done; that is a 25 million outstanding goods and service to parliament. When I he speaker was lamenting, officially the release had been effected. It was just a matter of few hours before hitting parliament’s account. Interestingly, it was around 3pm, I got the confirmation from parliament that the money had indeed hit the account. So, I am quite surprised because the speaker’s statement was a bit presumptuous”, Annor Dompreh emphatically revealed.

Do you think it wasn’t right for Alban Bagbin to declare parliament broke under Akufo Addo government aside calling on Ken Ofori Atta over the uncertain issue even though most individuals claimed otherwise?

What are your thoughts after the majority chief whip finally cleared the air over the Ghc 25 million in parliament due to SOP, Alban Bagbin’s claim about parliament being broke even though most individuals claimed otherwise?