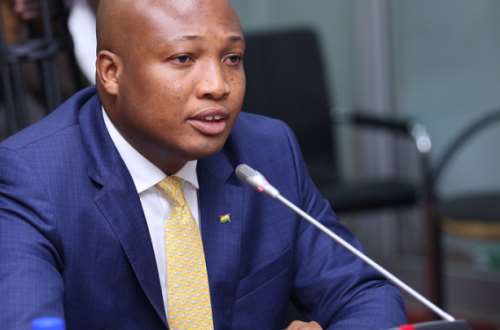 Ghanaians were waiting to get a statement from the Office of the President to deny or admit the claims by the MP for North Tongu, Okudzeto Ablakwa, on the high cost of the Presidential trips but rather, the statement has completely run away from the facts and diverted the subject to a different one.

That statement signed by the Communication Director, Eugene Arhin was rather blaming the NDC for not purchasing a bigger presidential jet.

It would be recalled that could you do a black one said he tracked the expenses of President Akufo-Addo trips for 13 months and his accumulated figure gave him a whooping amount of 34 million Ghana Cedis that was spent by the President's solely on travels.

The response signed by the Communication Director from the Office of the President, Mr Eugene, sought to provide justification than denying the fact that Okudzeto presented.

The question baffling the minds of Ghanaians is whether in the President has spent such an amount on his travels alone and if that is the case then the bill Okudzeto want Parliament to approve that will restrict the President and other future presidents from using such an amount of taxpayers money on foreign trips is in the right.

That statement signed by Eugene Arhin said Ghanaians are reaping the bitter seed sown by their predecessors that is the NDC. Where's because president former President Kufuor to procure a bigger presidential jet but the decision was opposed by the NDC and they went in for a smaller presidential jet. They are rather to be blame for the discussion we are having today and not the NPP.