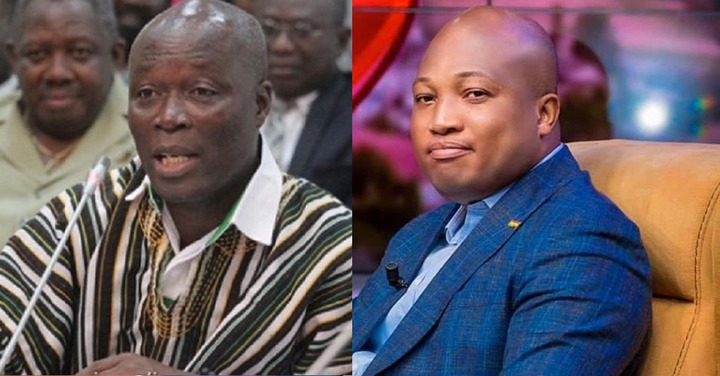 The Member of Parliament for Odododiodio Constituency in the Greater Accra Region, Edwin Nii Lante Vanderpuye has reacted to the resignation of Samuel Okudzeto Ablakwa from the Appointments Committee of Parliament.

Speaking in an interview on Skyy Power FM’s Jolly Breakfast Show, Edwin Nii Lante Vanderpuye indicated that the Appointments Committee work as a team and take decisions together.

He adds that there are differences in every institution but that does not guarantee any member to vacate. Edwin Nii Lante Vanderpuye adds that a team player does not resign even if he/she has an opposite view.

“On every nominee, we all have different opinion is accessing the person. I believe Hawa Koomson does not deserve to be a minister and I will always stand by that. But after our recommendation, we will bring it to the entire parliament house and that is where it will be decided. So we don’t have the final say.

There were situations we have disagreed with our leadership but that did not get me to resign. Working as a team is very important. Whatever happens, we need to be together as a team to make things successful. Resigning does not make you a team player”. He noted.

Edwin Nii Lante Vanderpuye further added that the approval of the Finance Minister was discussed by the NDC members on the Committee and Samuel Okudzeto Ablakwa did not raise any contrary view about his approval. He adds that, they all agreed on a consensus that the Finance Minister should be approved.

On the debate to change the leadership of NDC Members of Parliament, Edwin Nii Lante Vanderpuye indicated that there is currently no such decision for consideration. He adds that the current leadership of Haruna Iddrisu has proven to be the best and it will not be prudent to change them.

“There has not been any decision to change our leadership. We have full confidence in them. It was the same leadership that led us to elect a speaker. There are differences but we need to be strong. I want to assure every member of the NDC to have confidence in the leadership. Our ultimate objective is to win the 2024 election. I’m the chairman for the Greater Accra caucus. We have 20 members and there is nothing on my desk to show we are changing leadership”. He added.