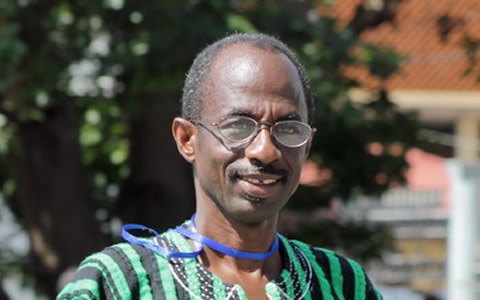 General Secretary of the National Democratic Congress, Honourable Johnson Asiedu Nketia has said he accepted his nickname, General Mosquito because he was afraid of getting more nicknames from his opponents.

“I accepted because being a teacher, you will be given all sorts of nicknames by your students. Once you are given the nickname and the students realize that it hurts you, it continues and so I realized that as a teacher if you are given a nickname the best way to save yourself from more is to accept it.”, he said on GTV Breakfast Show.

According to him, the name was given by members of the New Patriotic Party during his days in Parliament and he accepted to shame them.

“It was given by NPP members. So I decided to shame them by accepting it. What was meant to be an insult at me has turned to positive. Many people now know me across the country because the name”, he added.

He explained that he got the name after he stood against the late Honourable Osei Kuffour, an NPP nominee for the Forestry Commission.

“It was given to me in a very bad fate. It was during my work on Appointments Committee where i took a principled position against a particular nominee for a ministerial position. He was nominated for a deputy minister for forestry, the late, Honourable Osei Kuffuor. He had worked with the state timber firm before and he had bad records at that timber firm and so I didn’t think it appropriate for the state to reward him by making him a minister. From the beginning I had a lot of support from both the NPP and NDC sides. Sooner than later, all the NPP affiliates hoped behind him { Honourable Osei Kuffuor}.”

He noted that the NPP therefore named him after a rebel politician in Sierra Leon, Sam Bockarie who was known as ‘General Mosquito’ at the time.

“The NPP said I was a rebel and in those days, one of the notorious rebels in the West African sub region was General Mosquito of Sierra Leon so they decided to call me that name”, he recountered.