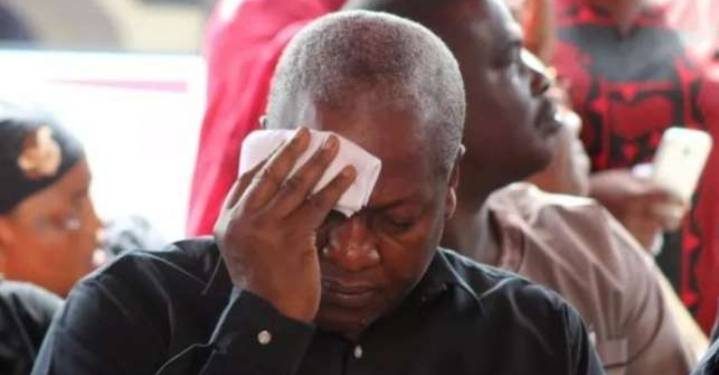 John Mahama has seen the cries of the national service personells in this country and has added his voice to the ongoing demand for the arrears to be paid. The national service personnels have pleaded with government to pay them the monies they owe them but these pleas have fallen on deaf ears. The decision to demonstrate against the government have been going on for sometime now and yet, they are not being paid. The information reaching Mahama has forced him to speak on the nss allowances and why there is the need to pay it. 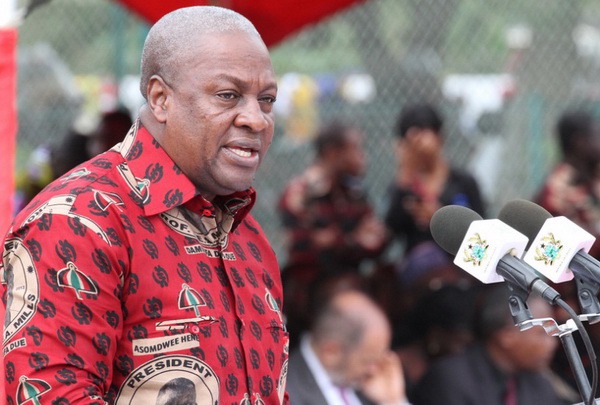 Whiles stating his opinion on this, he shared a long time photo of himself and three deceased friends of his who were nss personnels like him back in the 80s. They all served the country and he thinks Ghanaians should be paid what they deserve for serving this country. But why people did not expect is how people who suffered under his administration were going to expose him. During the time of Mahama in 2014, people were stranded and could barely afford transport fares. This happened under his government and was a tough time for personnels. 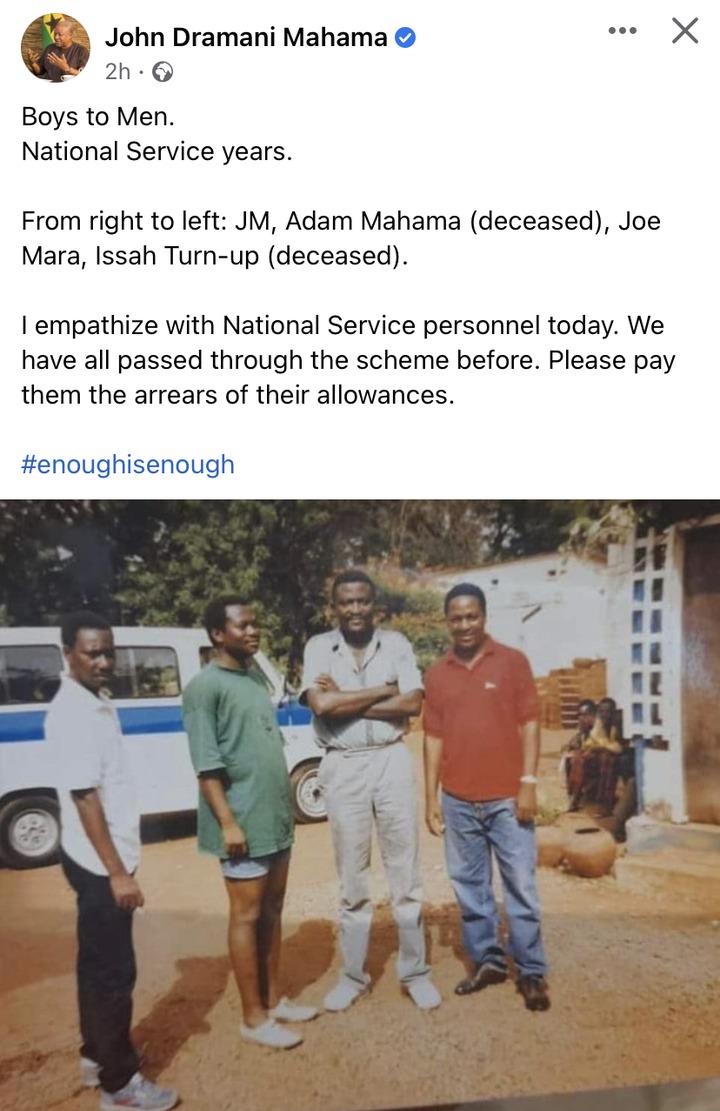 Mahama repeated this and people suffered and cried out to the government as well and people think he should be mute based on that. But is this necessary? Must he be quiet because his government did something similar? The decision should pay the service personnels is necessary and this should not be contradicted with any political faults or mistakes by any government in the past. The service personnels as stated earlier are stranded and having high cost yet remained or unimproved allowance which delays on the regular. The national service personnels have also announced that the government owes them over three months arrears and living is expensive and hence need to be paid.