By AfricaWish.com (self media writer) | 1 month ago 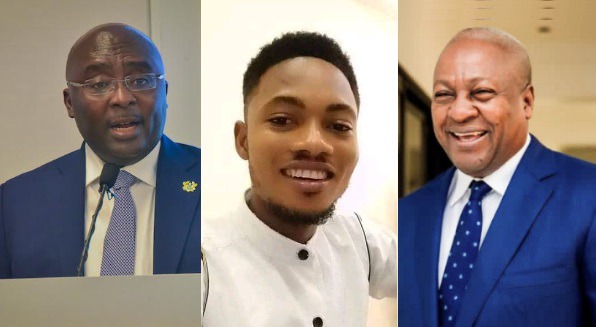 According to him, the only way for the NDC to win the 2024 election is for Bawumia to win the NPP primaries. And they have a 100% chance of winning because anyone who talks more does less, and Buwumia is the best at it.

He however stated that due to the Ashanti's backing for Alan Kyeremanten, he is expected to win against Bawumia per the records he hold in managing things.

None of the promises made by Dr Bawumia during his 2016 and 2020 campaign tours have come true, including the war between the dollar and the cedi, for which he stated the key was given to the IGP to lock the dollar. Today's fuel prices are greater than expected by the administration, and I believe the NPP will consider all of these factors in order to break the eight, in which case they will favor Alan over Bawumia'', ICON added.

Deliberated on how the probable contenders for the New Patriotic Party's flagbearership position have been in a fierce 'competition.'

He began by recounting the tense contest in the previous NPP primaries between Alan Kyeremanten and Nana Addo, and how the NPP elders allowed Nana Addo to lead the party despite his failure to reach the threshold.

Dr. Bawumia was on his own in this contest, according to ICON, and had no previous experience with the party, as he did not even have a party card when he was called to be a running mate.