Bawumia Is The Greatest Vice President of Ghana: They Call Him Names Just To Discredit Him.

By Nuubey (self media writer) | 1 month ago

Irrespective of the fact that Ghana's democracy has been faced with so many military regimes, it still remains one of the best in the world owing to the leadership capability it has received over the years.

The fourth and current republic alone has groomed two former presidents who rose to become presidents. With John Evans Atta Mills being the first and John Mahama being the latest, practical leadership was delivered under their tuitions as leaders.

Even though they have had a share of public backlash when in power, it was usually expected to a rest after sometime. But unfortunately for the current vice president, Dr. Muhamudu Bawumia, his critics seem not to cease fire in launching attacks on him. Right from the time he assumed office until now, he has been constantly vilified anytime public discussion focuses on either the economy or security.

On one breadth, the vice president has been publicly maligned for mismanaging the economy and engaging in unbridged borrowing which he condemned whilst in opposition.

On another breadth, Dr. Bawumia is attacked for the state of insecurity in the country as a result of rampant armed robbers and killings despite being chair of the police council.

Well, Mr Adam Sabo, a former deputy Greater Accra regional secretary of the NPP has an explanation to all these. Speaking to Pan African TV, he disclosed that Dr Bawumia is bound to be great and these are some of the initial signs. 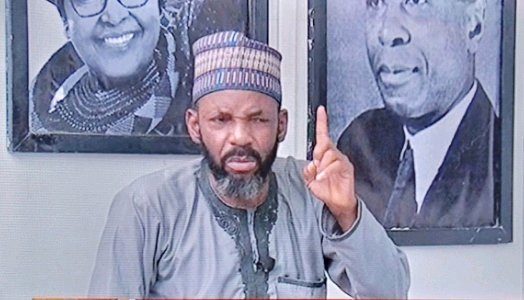 "Prophet Muhammad was called a liar by his own people. Nasty things were said of Jesus and he was even killed yet he became great. So calling bawumia a liar is a strong signal he is going to be great" "Look! I have never seen a Ghanaian vice who is as great as Dr Bawumia who comes all out to Work for his country. He is the greatest of all vice presidents that is why they call him names."

He said it is under the vice president that the economy is moved to digital platforms making it much easier to run while reduce corruption.

He also mentioned that under the influence of Bawumia, NABCO was introduced to help expose the youth the employment world whilst reducing unemployment rate.