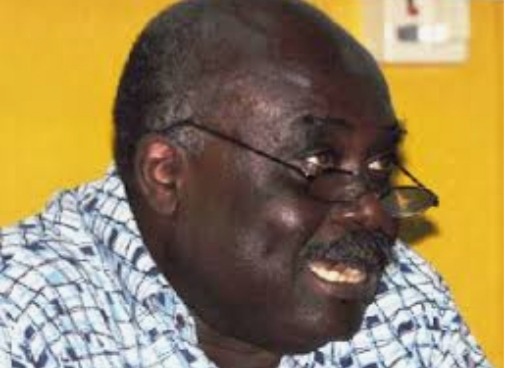 A former Chief Executive Officer of the Volta River Authority (VRA) and a social commentator, Charles Wereko-Brobby has called on President of the Republic of Ghana, H.E Nana Addo Dankwa Akufo-Addo to discipline the Member of Parliament for Assin Central constituency, Hon. Kennedy Agyapong over alleged threats he made on the life of Erastus Asare Donkor of Luv FM.

"The MP who is a member of the New Patriotic Party said if he was the president he would have ensured that the journalist is whipped. I think that should have been an opportunity for the president Nana Akufo-Addo to say that I am the president and I don’t subscribe to what you are saying. I think it is important for all of us to sometimes put aside partisan interest and say that this is wrong, patently wrong," Wereko-Brobby said

"When we always send a signal that there is a party position and another position, then I think we are doing our democracy and our people a lot of wrongs. So I expect the president that the same way he and all of us followed keenly the issue of George Floyd, he should condemn Kennedy Agyapong for this threat," he added on Newsfile on Joy FM.

The Member of parliament for Assin Central constituency and the chairman of the Defense and Interior committee of parliament, Hon. Kennedy Agyapong is alleged to have made some threats on the life Erastus Asare Donkor of Luv Fm in Kumasi. What gave birth to the threat, however, is still hazy.

Multimedia, the mother company of Luv FM has duly filed a formal complaint to the police over the alleged threat. The honorable MP has been referred to the Privilege Committee of parliament after Soeaker Alban Bagbin declared honorable Kennedy's act as out of the proportion which is given immunity.

This happens to be the second time Hon. Kennedy Agyapong has appeared before the Privilege committee. The Police service has said it has commenced investigations into the matter brought before its jurisdiction by the multimedia group.

Pls tap on the follow button at the top right corner to get notifications of new release.

Content created and supplied by: Day_News (via Opera News )