We'll shut down embassies that target MPs for being LGBTQI+ – Muntaka

By Nanaqwecijnr (self media writer) | 1 year ago 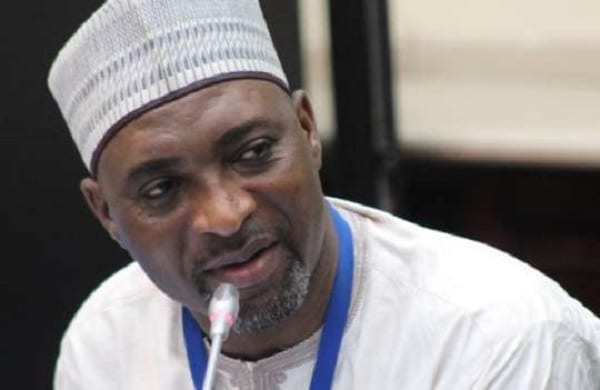 Muntaka Mubarak, the Minority Chief Whip and MP for Asawase, has warned foreign embassies in Ghana that any attempt to victimize Ghanaian MPs over the passage of the LGBTQI+ bill will result in the embassy's closure.

The MP indicated in an interview on Kumasi-based Abusua FM on Thursday that the Minority in Parliament will stage demonstrations to demand the closure of embassies that have victimized MPs as a result of the bill's passage. He also stated that no amount of intimidation will prevent the bill from being passed by Parliament.

"If we identify any embassy that is using this [the bill's passage] to deny MPs visas, we will hold a demonstration to shut that embassy down," he stated. Following proposals for the passage of a measure prohibiting gay community activities, LGBTQI+ has been a topic of discussion.

Eight Members of Parliament have signed on to the bill, which has been put before Parliament. Following the push for the anti-gay measure to be passed, there have been rumors that some embassies will target people from nations that oppose LGBT rights.

In response to such remarks, the Asawase MP stated that no country has the authority to impose its culture on others, and that refusing people access into countries because they oppose LGBTQI+ community activities is not the way to go. As a result, he has warned countries to be cautious in their relations with others over the subject, warning that any action that is not in favor of those who support the bill will elicit a comparable response.

"No country has the authority to impose its will on us." If they dare to deny any of our MPs visas on this basis, we will ensure that no one from their nations is allowed to enter Ghana," he stated. "They can refuse us funds based on this, but we can't make them." But if they say our MPs can't visit their nation because of this, we'll make sure no one from their country comes into ours,” he added.

Meanwhile, Majority Leader, Osei Kyei-Mensah-Bonsu has suggested that the Executive, through the Attorney-General, Godfred Dame could sponsor the anti-LGBT bill, instead of the current approach of its being laid before parliament through private members.

Content created and supplied by: Nanaqwecijnr (via Opera News )